Still no aggrieved party, but prosecution demands 2.5 years for Lutsenko 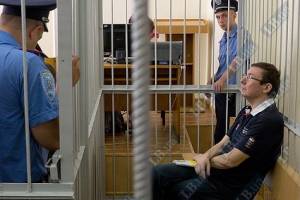 The trial of former Minister of the Interior and opposition leader, Yury Lutsenko over surveillance of the Security Service Deputy Head’s driver  Valentin Davydenko in connection with the poisoning of Yushchenko is drawing to a close with the allegedly aggrieved party still conspicuous by his absence.

On 10 August the court once again received a telegram in which Davydenko again stated that he does not consider himself to be aggrieved, and that no moral nor material damage in the course of the investigative operation was inflicted.  He asked to not be disturbed any further over the case and also asked the court to pass a just ruling.

As reported, Lutsenko and his lawyers have consistently objected to the absence of the sole “aggrieved party”, and are adamant that continuation of the trial is in breach of the law and his right to question Davydenko.

Since the trial was coming to an end, Lutsenko asked that TV and other cameras be allowed, but Judge Medushevska refused, asserting that there was not enough room to accommodate them.  Lutsenko in response asked why she was afraid of demonstrating the defence’s arguments during an open trial.  He accused her of denying his right to defence, to a public trial.

Loban demanded that the former Minister and opposition leader be sentenced under Article 387 § 1 of the Criminal Code to 2 years 6 months restriction of liberty and a ban on holding managerial posits for three years.

He asked that the other two defendants not receive punishment.  This was supported by Prosecutor Klymenko.

Later in the day Yury Lutsenko gave his last address in which he stressed the idiocy of the charge, and stressed that the decision regarding the charge made no reference to any witness.  He said that there had been no evidence against him and once again asked where Davydenko was.

He insisted that the surveillance had been lawful, in accordance with a ruling from the Court of Appeal. He promised to prove at the European Court of Human Rights that the trial had been unfair, that he had not been given medical assistance.

“My victory in Strasbourg will be not only legal, but also political: in Ukraine the days of the dictator are short. The trials of those who carried out and ordered the political prosecutions will take place in a different fashion than my trial and that of Tymoshenko”

The verdict in this case is due on 17 August. 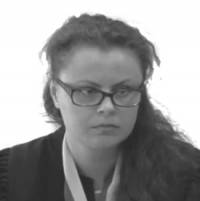