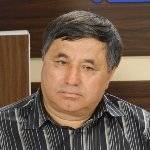 Just over a week has passed since the murder of a man who saw one of Ukraine’s main problems as being the lack of access to information. Environmentalist Volodymyr Honcharenko did all in his power to inform the Ukrainian public, and the authorities, about toxic chemicals, dangerous levels of radiation, excessive concentration of lead in the region’s water supply and much more.

His death on 3 August following a brutal attack has made real access to information that much harder. Nor can it become easier when so painfully little is even now heard about Mr Honcharenko’s murder and when there are worrying signs that for whatever reasons not all those in authority appear to want the truth to come out and those responsible to be held to answer.

Volodymyr Honcharenko was killed in the Dnipropetrovsk oblast, not in Kyiv, and he wasn’t officially a journalist, “just” an environmentalist. Environmental issues are never exactly “sexy”, and they more often than not require extra reading, reference material etc.

So although there are strong grounds for assuming that the environmentalist’s murder was directly linked with his civic activities, thus far most of the national media sources have confined themselves to one brief report.

This, in honesty, was fairly predictable. However if there is no increase in media and public scrutiny now, one can just as safely predict that in around six months we’ll see a journalist account of all the versions of Honcharenko’s “mysterious death” followed on the first anniversary by a few more pathos-filled articles, and so on, and so forth.

Volodymyr Honcharenko was beaten on the head and body with a blunt instrument by two men who blocked his car as he was driving to his dacha out of Dnipropetrovsk. This came four days after a press conference where he warned of three “chemical time bombs” in a district of Kryvy Rih. What was – and almost certainly still is – involved was 180 tonnes of scrap metal from three heat exchangers contaminated with a huge amount of the highly toxic chemical hexachlorbenzol.

The rules of the information age are brutal, and environmental scandals are fairly often ignored throughout the world.  They don’t attract media attention, that is, until somebody dies, especially if the death is violent and comes just days after the person exposed shenanigans.  Then the media grab hold of a potential scandal and don’t let go until they’ve found out what happened.

Nor is this merely sensation-seeking: the death concerns each journalist, each civic activist. It’s all extremely simple: access to information turns into meaningless farce if people are killed for exposing inconvenient truths.

And if they’re killed with impunity, the concept of rule of law also loses any meaning. In most democracies journalists and civic activists are protected to a large extent by the inevitability of huge scandal if those riled by unwelcome exposure resort to unacceptable means.

The depressingly predictable impunity in Ukraine can and must be stopped but it needs journalists with bulldog grip, and stubborn refusal to be distracted, or conned into misleading the public.

There would not seem to have been any witnesses to the attack on Volodymyr Honcharenko and we know what happened only thanks to the phone call he managed to make to his son-in-law before losing consciousness.

Unfortunately it is not only this that is complicating investigation of the case. Despite the press conference and other cases where Honcharenko exposed abuse or criminal behaviour and threats he received, and although his colleagues, human rights and civic activists throughout Ukraine are convinced that he was murdered because of his civic activities, the investigators are stubbornly rejecting that line of investigation.  They name as their main versions either “conflict in connection with a road accident” and “professional” / “commercial” activity. The latter was virtually non-existent according to the dead man’s relatives and colleagues.

All possible motives must be examined and clear reluctance to consider one is disturbing. It is not the only cause for concern. If, according to the investigators, the attack was prompted by a road accident, it would be good to know why the police report that the two cars “collided” whereas Honcharenko told his son-in-law that the other car had blocked his path.  The police version suggests a road conflict, Honcharenko’s – an attack.

The above discrepancy makes the shoddy or dishonest reporting of the First Kryvy Rih TV Channel particularly worrying. The channel stated that “according to official information” Volodymyr Honcharenko died as the result of a car accident”. The same channel also triumphantly reports that they didn’t find any radioactive contamination in Kryvy Rih. Excellent, of course, only a total red herring since Honcharenko warned of chemical contamination, not radiation.  You might think that the channel was simply copying the words of the representative of the company most implicated in the scandal, Ihor Bohush, were it not for one circumstance. Colleagues and volunteers running information sites on Facebook and V kontakte have left comments on the channel’s site, politely correcting erroneous information. These have been deleted.

It is clear why a representative of Ukr-EURO should be dying to “prove” that there is no excessive amount of radiation although nobody said that there was in this case. They are firstly trying to undermine trust towards the slain environmentalist while also deflecting attention from what really is the issue – chemically contaminated scrap metal.

The motives of the far right political party VO Svoboda are also questionable. Despite being properly informed, it insisted on holding a demonstration making demands regarding radiation which in the given case is not the issue.

In short, instead of clear confirmation or the contrary of allegations regarding the contaminated heat exchangers, we have a depressingly familiar scenario, similar to that on political talk shows. One side says “you did”, the other “no, we didn’t” or “it was you!” and the “winner” is the one who shouts the loudest.  Instead of journalists helping to get to the truth, we have political parties concerned primarily about getting good publicity.

A human life is per se worthy of attention while the dangers of impunity recognize no professional or other boundaries.