The President’s own hunting ground… 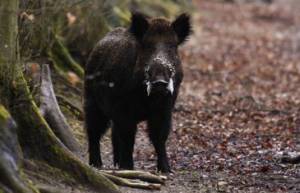 The online publication Forbes.ua that the Kyiv Regional State Administration has leased over 30 thousand hectares of public property in the Dnipro-Teteriv Forest to the Kedr Society of Hunters and Fishermen which is closely associated with President Yanukovych.

It writes that the area has long held unofficial status as the President’s hunting ground, but that this has now been formalized via a set up similar to that by which the President’s resident Mezhyhirya was obtained.

Last year a ditch several metres deep was dug out around the forest making it even more inaccessible to unwanted visitors,   The official reason given is the high fire risk.  Members of the opposition say that it’s to keep ordinary citizens out of what is, in fact, State-owned, reserve land.

When the ditch was dug, the 30 thousand hectares were still officially owned by the State.  This changed, however, on 31 July when the Kyiv Regional Council virtually unanimously voted to lease the land to the Kedr Society for 49 years.  This is land where from 2010-2011 Yanukovych had a hunting lodge built and where he is known to enjoy hunting.

Forbes writes that the way this was all organized is similar to the scheme by which Yanukovych gained control of Mezhyhirya.

The former State-owned estate is now surrounded by a 6-metre high fence and closely guarded gates.

Any leasing fee will only be payable from 1 January 2015.   The same Kedr Hunting Society has also received nearly 9 thousand hectares in the Crimea. It is owned by Yury Boiko, Minister of Energy and the Coal Industry; Serhiy Tulub, the Head of the Cherkasy State Administration and Volodymyr Demishkan.   It was founded in 2008 and is registered in the village of Novi Petrivtsi which has become notorious over the last couple of years for the speed with which it ensures court bans on any attempts by journalists to remind the President of a promise still not kept to show the media – and Ukrainian public – his sumptuous residence. 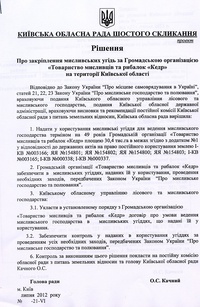