Parallel Media WorldsPublic help TVi to pay off tax authoritiesAppeal Court finds in TVi’s favour in earlier dispute with Broadcasting CouncilBroadcasting Council promises to check why TVi is being cut off AFTER the electionsPoroshenko apparently cancels sanctions against TViTVi loses appeal over tax caseTVi prohibited from contracting foreign agreements without official permissionTVi disappears in yet another cityElectoral FoulIndependent TV station under increasing threatUkrainians defy court bans to defend TViDefend Freedom of Speech!Stop the Destruction of Freedom of Speech in Ukraine!TVi journalists turn to the Ukrainian public and international bodiesTVi demands that the Prosecutor take measures against TriolanTVi accuses Broadcasting Council over removal from cable networksAccess denied to independent TVi in DonetskKnyazhytsky invites regional channels to broadcast beleaguered TVi material for freeBroadcasting Council keeps out of “conflict” between TVi and TriolanBroadcasting Council denies role in removal of TVi from Triolan network
• Topics / Freedom of expression 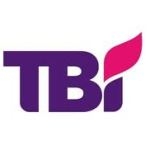 Volya Cable has disconnected the independent TV channel Tvi from its universal programme in four cities – Poltava,   Kherson, Simferopol and Sumy. Oleksandr Pivnyuk from the channel says that the disconnection came without warning meaning TVi has lost two-thirds of its subscribers in those cities.

Volys Cable, on the other hand, asserts that TVi was warned at the end of August that it was being added to the digital package. It asserts that this was in fulfilment of a decision by the National Broadcasting Council regarding the list of programmes in the universal programme.

As reported here, Volya is only one of a number of providers which suddenly decided to disconnect TVi altogether or move it to a much more expensive programme.  This is despite the channel’s enormously popularity.

Following outrage, the head of the National TV and Radio Broadcasting Council Volodymyr Manzhosov promised to check out providers who are arbitrarily cutting the independent TV channel TVi and other channels off after the election campaign.

The Chief Editor of TVi has accused the Broadcasting Council of being behind the providers’ actions. .

Examples of TV fare on other channels can be found here.  While there is indeed a moratorium on checks of media sources before the elections, this is aimed at preventing such media being placed under pressure.  There have been a very large number of protests from both within Ukraine and abroad to the measures against TVi which is virtually the last independent channel providing an opportunity to hear members of the opposition, criticism of those presently in power, etc.  The actions by providers throughout the country have deprived a very large number of viewers of such an opportunity.