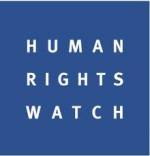 For an asylum seeker to simply vanish while lodging his asylum claims and then reappear in the country he fled is profoundly shocking. There needs to be a serious investigation to determine whether any Ukrainian officials were involved and to hold accountable any who played a role.

Ukrainian authorities should initiate a prompt and impartial investigation into the disappearance from Ukraine on October 19, 2012, of a Russian asylum seeker, Human Rights Watch said on Wednesday. It expressed expressed serious concern that Leonid Razvozzhaev, who had begun to lodge an asylum claim in Ukraine, was forcibly disappeared and returned to Russia, where he could be subjected to mistreatment, in violation of international and national law.

“For an asylum seeker to simply vanish while lodging his asylum claims and then reappear in the country he fled is profoundly shocking, ” said Hugh Williamson, Europe and Central Asia director at Human Rights Watch. “There needs to be a serious investigation to determine whether any Ukrainian officials were involved and to hold accountable any who played a role.”

At the time he fled Russia, Razvozzhaev, an activist with the Russian political opposition movement Left Front, was under investigation by the Russian authorities on suspicion of organizing riotsin Moscow in May. On October 16, shortly after Russian law enforcement searched his apartment, Razvozzhaev fled Moscow and went to Ukraine. On the day he left, Razvozzhaev’s colleagues from the opposition movement told media that he was in Kyiv and intended to ask for asylum in Ukraine.

The office of the United Nations High Commissioner for Refugees (UNHCR) in Kyiv, which covers Ukraine and Belarus, told Human Rights Watch that on October 18, Razvozzhaev approached its office in Kiev to seek international protection. Following standard procedure, UNHCR directed him to the office of the UNHCR’s partner organization, HIAS, a group that provides free legal assistance in Kiev, to register as an asylum seeker. Razvozzhaev made an appointment with HIAS for 10 a.m. on October 19.

During the registration interview with a HIAS lawyer, Razvozzhaev took a break and went outside to get lunch, leaving his personal belongings in the office. He did not return. HIAS staff told the UNHCR office that they heard strange noises, including muffled screams, coming from the usually quite side street outside, but did not see anything. After being unable to contact Razvozzhaev on the phone for some time, HIAS staff alerted the local police department about the incident and filed a missing person report.


UNHCR also told Human Rights Watch that it filed official requests for information with the Ukrainian ombudsman’s office as well as with the State Border Guard Service of Ukraine but have not received a response.

“Anyone who goes to Ukraine to seek protection should be given a fair opportunity to apply for it, ” Williamson said. “Asylum seekers should be fully protected while their asylum claims are pending.”

On October 22, the Investigative Committee of the Russian Federation made a public statement saying that on October 21 Razvozzhaev had gone to the committee’s head office “voluntarily, ” admitted his guilt, and wrote a 10-page statement “confessing” to organizing mass riotsin Moscow on May 6. On the same day, a Moscow district court authorized Razvozzhaev’s arrest for two months pending the investigation of the criminal case against him.

On October 23, members of the Public Observation Committee, a monitoring body that reports on human rights violations in state custody, visited Razvozzhaev in detention. In an interview with Human Rights Watch on October 24, a committee representative said that during the visit, Razvozzhaev alleged that investigators used severe psychological abuse to make him sign the confession, including threats to harm his children and inject him with a “truth drug” that would make him “an idiot for the rest of his life.”

They said that Razvozzhaev also alleged that when he went outside for a lunch break during his meeting with HIAS in Kyiv, four men – three of them masked – forced him into a minivan with Ukrainian number plates and drove off. He said that on the way to Russia he was transferred to another van and that once in Russia, he spent three days before he signed the “confession” tied up in a basement without food or a toilet.

The Foreign Ministry of Ukraine issued a public statement that it was not aware of Razvozzhaev’s international movements or his presence in Ukraine. Ukraine’s law enforcement agencies have not yet issued any public comments on the situation.

In a reporton the treatment of asylum seekers and migrants in Ukraine, released in 2010, Human Rights Watch concluded that the Ukrainian asylum system is seriously flawed and that Ukraine subjects many migrants to inhumane and degrading treatment. As a result, it cannot be considered a country that is willing or able to provide effective protection for refugees and asylum seekers.

As a party to the 1951 UN Convention on the Status of Refugees and its 1967 Protocol, Ukraine has an obligation not to return people to places where they would face threats to their lives or freedom upon return. The UN Convention against Torture and the International Covenant on Civil and Political Rights, to which Ukraine is also a party, prohibit without exception any returns to risk of torture.

The European Convention on Human Rights, by which the Ukraine is legally bound, also strictly prohibits the deportation of anyone – no matter what their crime or suspected activity – to a country where they face a real risk of torture or cruel, inhuman, or degrading treatment or punishment, known as refoulement. Despite the clarity of the bar on refoulement in international and domestic law, Ukraine’s history of violating that prohibition and forcibly returning refugees and asylum seekers to countries where they may face persecution causes deep concern, Human Rights Watch said.