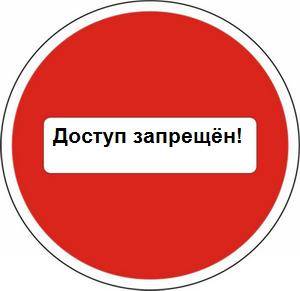 The law was supposed to make the Internet safer for children. So far, it has led to the brief blocking of an electronic library, a popular satirical encyclopedia, and the country’s most highly trafficked torrent-tracking website.

The sites are just the first collateral damage from controversial legislation aimed at regulating the Internet that came into effect across Russia on November 1. Internet users and online activists expect more snafus to come.

The law is purportedly designed to protect children by blacklisting – and blocking -- child-pornography sites, forums assisting suicide, and websites encouraging drug abuse. But critics say the loose wording is prone to malfunction, misinterpretation, and abuse.

It has also sparked fears of an impending crackdown on the Internet, which is seen as a vibrant platform for free discussion outside state-dominated traditional media.

’This Is The Problem’

Oleg Kozyrev, a Moscow-based opposition-minded blogger and new-media analyst, said the law was rushed through the State Duma as part of a series of measures targeting the opposition in response to this year’s wave of anti-Kremlin protests.

He cites the lack of judicial oversight in the mechanism for blacklisting as a concern. “My main worry is that the decision to ban a website is not reached in a courtroom. This is the central problem of this law, " Kozyrev says. "It shows that there was no attempt to really prepare this law correctly and close sites that are actually a threat to children or which are criminal."

Since the law came into effect, more than 180 websites have reportedly been placed on the blacklist, although no official list is available.

Roskomnadzor, Russia’s state telecoms regulator, said on November 14 that 21 sites had since been restored now that offending pages had been removed.

These included three popular entertainment websites. Lurkmore, a joke encyclopedia with cult status on the Russian Internet, was taken offline because it had displayed an entry for marijuana.

RuTracker, one of Russia’s largest torrent-tracking services, was blocked because users had exchanged a file titled the “Encyclopedia of Suicide.” The file later reportedly turned out to contain no information.

Lib.Rus.Ec, a popular online library, was blacklisted and taken offline on November 13 because it provided access to the "Anarchist Cookbook, " an antiestablishment guide to manufacturing homemade explosives written by an American in 1971.

The authorities struck the sites from the blacklist after they deleted these entries. Website administrators, however, complained they were given no advance warning to remove offending information before being blocked.

Although the sites were restored, Kozyrev says the mechanism remains a cause for concern. "It is true that there have not yet been attempts to close, for instance, key opposition websites, " he says.

"But at the same time, there have been cases concerning Internet freedoms, like the Internet library that fell foul of this law. Happily, the decision was overturned and they appear to have taken them off the register of banned sites. But I think cases like this will only continue."

Moreover, critics of the law have noted that Roskomnadzor declined to close the profile page of Dmitry Vinogradov on the popular social-networking site Vkontakte. Vinogradov, a 30-year-old Moscow lawyer, posted a manifesto professing hatred for humankind before going on a shooting spree at his workplace earlier this month, killing six colleagues.

A small group of Moscow Internet users picketed outside the Communications Ministry on November 13.

The Russian daily "Izvestia" reported on November 14 that Russian Wikipedia is preparing an appeal to President Vladimir Putin and the State Duma over its fears that the law will contribute to censorship of the Internet.

A government watchdog, meanwhile, has opened a website where Internet users can check if a specific domain name is banned.

And although there is no official list of the banned sites, a blogger using the online handle "ntv" published an alleged version of the list on November 12.

Kozyrev lamented that the law was emasculating one of the most dynamic sectors of the Russian economy. "The Russian Internet was one of the few spheres where we could compete with leading international companies. Now it turns out that the sector where we have leading companies -- ones that earned money with their intelligence -- is dying, " he says.

"In contrast, the raw materials sector, which is sucking our economy dry and is making the economy raw, is blossoming with its oil and gas and so on. It’s a pity. This is sad."