Anti-Semitism in Ukraine in 2012 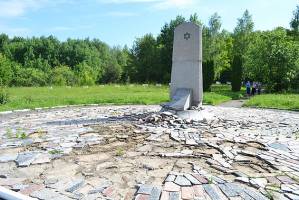 Viacheslav Likhachev has been monitoring manifestations of anti-Semitism in Ukraine for the past 10 years.  His reports are especially valuable as he places each given year within a broader context making it possible to assess how accurate are the frequent claims of sharp increases in anti-Semitism, etc.  He has circulated preliminary findings early precisely because of some of these public statements provoked by recent, , undoubtedly offensive remarks by members of the rightwing VO Svoboda party including, most notoriously, one by a recently elected MP.

The report is rather long, and the following is only a summary of the main points regarding hate crimes..

The author explains his approach, saying that his comparative approach is aimed at understanding:

How the situation with regard to anti-Semitism is developing;

What global processes in society it may be linked with;

What changes are to be expected in the near future.

He first looks at criminal manifestations of anti-Semitism: violence and vandalism.

Likhachev considers street attacks by gangs of youths on people from easily identifiable minorities, people who stand out as different.

From 2006 over 300 people have suffered from such attacks.  He warns that this is likely to be the tip of the iceberg, being only the cases where there is sufficient information to conclude that there was a racist motive.

As reported here, many victims of racist attacks are scared to report them, often because they have bad experiences of the Ukrainian police and prefer to keep their distance (translator).

The attacks with only isolated exceptions were not treated as hate crimes by the law enforcement bodies.

There has not been a linear progression in such cases of anti-Semitic or racist violence.

Up till the beginning of 2008 there was a rapid increase in such cases, with a particularly pronounced wave at the end of 2005.

From the end of 2010 up till the present time there has again been a steady increase in the number of racist attacks. It has not been as sharp as from 2006 to 2007, but is nonetheless noticeable.

The victims of such attacks are, in the first instance, people from African countries; Central or South-East Asia; and the Caucuses.  The author writes that of Ukraine’s traditional ethnic minorities, it is Roma who are the “constant object of unhealthy attention from xenophobes, and sometimes, in the specific socio-political context of the Crimea Crimean Tatars.”

However some of the most serious crimes committed by people with neo-Nazi leanings have targeted Jewish people.

In 2005 there were six incidents with more than eight victims;

In 2006 five incidents were recorded, with eight Jewish victims and one other non-Jewish passer-by who intervened.  One case could easily have been fatal. There were also two other incidents in question where the author could not obtain accurate information.

There were thankfully no more cases, as there had been in 2006-2007 where there was danger to life.

2008 – three people were injured as the result of attacks.  The author mentions also two people injured at a Jewish education centre in Lviv.  This was an attack by two aggressive neighbours who also suffered injuries, but were, nonetheless, the assailants (more details at the beginning of Newspaper pogrom)

From 2007 onwards it was possible to hesitantly speak of an improvement and this was confirmed over subsequent years.

In 2009 there was only one such case – an attack by teenagers on a worshipper at the Simferopol Synagogue.

In 2010 also Likhachev is aware of only one case. There the (non-Jewish) guard of the Chernihiv Synagogue was hit by a piece of ice used by anti-Semitism teenagers to break glass in the Synagogue.

In 2011 aside from cases in Uman which are specific and connected with the large-scale yearly pilgrimage by Hassidic Jews, Likhachev did not record even one attack of an obviously anti-Semitic nature.

He says that he was delighted to be able to report such a drop and counter the stereotypes of Ukrainians as somehow born anti-Semites which are so often seen.

He is, however, forced to report a slight worsening of the situation in 2012.  In this preliminary report he can speak of three undoubtedly cases of anti-Semitic violence in which four people suffered.

On 5 July in Berehovo, Transcarpathian oblast there was an attack on an Orthodox Jew and member of the local community. The man who was dressed in traditional clothing for an Orthodox believer was attacked by a young guy who shouted abuse in Hungarian, then in poor Russian.

Several months later the same victim’s house was subjected to an arson attack and anti-Semitic threats and insults were daubed on the outside wall.

There were two cases in Rivne

At the beginning of July near a Synagogue three young men attacked the Rabbi of the city Shneur-Zalman Schneerson.  One sprayed him in the face from a gas canister, while another hit him in the face, breaking his glasses. He called for held and the young men fled.

On 21 September Hennady Frayerman, Head of the Chairty Hesed Osher, was set upon on 21 September by young people standing outside the Synagogue.  This came the day after he appeared as a witness in a court case against young people accused of desecrating the Sosonki Clearing in June which holds a mass grave of Jewish people murdered during World War II

When Mr Frayerman came out together with his driver and two woman, he noticed the young people and asked who they were looking for. They answered “Jews”.

He replied that he was Jewish, they – that they “hate Jews”, and hit him on the head.  “I fell, five of them attacked me. My driver Oleh rushed to help, they hit him in the face and eye. People from the building began shouting and they went off.  They didn’t run away, but quietly walked away”, Mr Frayerman recounts (more detail at http://khpg.org/1349045693 )

While three incidents, two of which may be linked, are not grounds for speaking of a fixed tendency.  They may reflect chance fluctuations, the author writes, however they prevent him from saying that violent anti-Semitic crimes in Ukraine have disappeared.

Over the last two years racist attacks, as well as violence by ideologically motivated far-right young people against ideological opponents have become more frequent.   The author says that these give him grounds for concern about the near future.

One can thus speak of a slow, but steady decline in this time of crime.

He notes that in all cases the law enforcement bodies have refused to see ideological motivation and have not classified the crimes adequately.  In a number of cases no criminal investigation was initiated.  He says that anti-Semites as a rule go unpunished.

(As reported here, so in most cases do victims of all racially motivated crimes – translator).