Concern and anger over break in Lutsenko’s hospital treatmentLutsenko moved without warning soon after operationLutsenko not allowed visits from his wife / defender or other lawyersLutsenko prevented from seeing his wife before his operationWho is delaying Lutsenko’s second European Court judgementTwo Year Mockery of the Rule of LawApplication to release Lutsenko on health grounds rejectedCourt hearing or ploy to keep Lutsenko away from the public view?Relatives report that Lutsenko needs intestinal surgeryLutsenko may undergo surgeryAssociation Agreement without release of Tymoshenko & Lutsenko "unlikely"US urges release of Tymoshenko and LutsenkoLutsenko’s appeal rejectedLutsenko appeal ruling likely on ThursdayEuropean Court of Human Rights upholds ruling against Ukraine in Lutsenko caseLutsenko demands medical examination outside prisonLutsenko loses civil suit against prison administrationBan on Lutsenko’s correspondence a flagrant violation of the lawLutsenko’s life could be in danger in prison colonyU.S. Government Statement Regarding the Verdict in the Yuriy Lutsenko Trial
• Activity / Political persecution in modern Ukraine

Lutsenko calls for Association Agreement to be signed 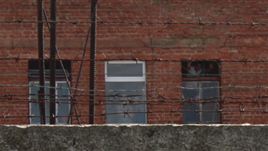 Lutsenko’s wife and defence counsel, Iryna Lutsenko reports that the visitors asked about her husband’s “position regarding an assessment of the internal situation in Ukraine on the eve of the EU-Ukraine Summit on 25 February, as well as the foreign political situation.”

Ms Lutsenko said that her husband remains convinced that Ukraine should beome an associated member of the EU, thus pulling itself out of the “Eurasian noose”.

“In his conversion with the Europeans Lutsenko stressed that despite the presence in Ukraine of already over 20 political prisoners of various levels (from the so-called “Vasilkiv terrorists” to the Sumy graffiti painters, despite the 2 years spent by him behind bars and his lost health, despite the 1.5 years that Tymoshenko has been in prison, Ukraine needs to be given the chance to become a fully-fledged European country”, Ms Lutsenko said.

He had also said that Ukrainians must not be punished twice by the current regime – through the imprisonment of Tymoshenko and Lutsenko and by losing the chance of a European future.