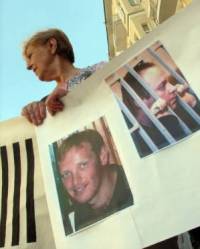 The verdict in the trial of three young men charged with the bomb blast in the Zaporizhya Svyatopokrovsk Church on 28 July 2010 has been postponed until 28 March.  The reason given was that one of the people’s assessors is an acting school head and her presence at school was required on Thursday. The reason is novel to say the least.  Delays to this trial which has now dragged on for more than two years are not.

There is no chance that delays will reduce public attention to this case.  There are too many unanswered questions and grounds for very serious concern.

Since European Court of Human Rights case law is part of Ukraine’s legislation, it is to be hoped that presiding Judge Minasov is aware, for example, of the Court’s position in the case of Zamferesko v. Ukraine.  The Court on that occasion found that since the applicant’s confession had been made as the result of ill-treatment, “the use of this confession to obtain the applicant’s conviction automatically rendered the whole criminal proceedings against him unfair.” (71).

Three young men have retracted multiple confessions and say that they were obtained through physical and psychological pressure.  There is essentially no other proof of their guilt.  The part of the indictment for which all three have alibis was changed after almost two years to omit reference to time, thus removing their alibis.

Two of the men were held for lengthy periods before being officially registered and interrogated (after midnight).

Their “lawyers”, provided by the investigators, were disciplined for their failure to represent their supposed clients.

Two forensic psychologists found that the defendants had been placed under serious psychological pressure.  The transcripts of the relevant interrogations can easily be checked.  Judge Minasov, after inexplicably calling for a third assessment which contradicted the first two, nonetheless refused to call the psychologists in to give testimony.

These are only some of a very large number of reasons why this case requires attention.  While interference in the court’s work is unacceptable, there has been a clear failure over the last two and a half years to provide an effective (in fact, any) investigation into the gravest of allegations regarding how the confessions were obtained