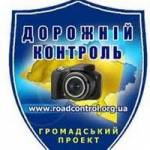 The civic watchdog Road Control which monitors drivers’ rights and the behaviour of the traffic police asserts that Dzindzya was put on the wanted list on 23 February because the investigator sent the court summons, whether deliberately or not, to an address where the journalist does not live.

He was arrested on 15 March when he arrived at the Traffic Police Department in Kyiv to take an interview of the Department’s Head.  Road Control says that he was first taken to the investigator for interrogation and to sign an undertaking not to leave the city as restraint measure. However the Prosecutor O. Nahayenko changed his mind and had the journalist arrested.  It asserts that the Prosecutor suggested a bail figure on 25 thousand UAH, however the judge reduced this to 11.470 UAH.

The Road Watch Press Service believe that the police are trying to fabricate a case claiming that he assaulted a guard at a private car impoundment area.  The police claim that he was detained to carry out procedural activities on the basis of a criminal investigation in which he is suspected of “hooliganism”.

That is the police version of the events reported at the time here  On 26 November Road Control announced that a group of thugs had been brought in by the traffic police [DAI or Road Inspectorate officers] and had set upon Road Control journalists. Andriy Dzyndzya who got his face smashed, and Andriy Zhukoven who received several blows to the head.  They posted a video of the incident here