CVU:: Re-elections no earlier than autumn, if at all 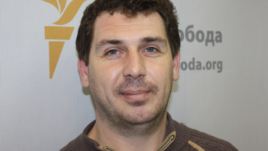 Five months after the parliamentary elections resulted in the Central Election Commission stating that it could not determine the results in certain single-mandate electoral districts, the re-runs have still not been scheduled. The Constitutional Court has refused to clarify the situation regarding the re-elections which means that the issue now needs to be regulated by the Verkhovna Rada through amendments to legislation.  The opposition are convinced that the ruling majority will only agree to re-elections when these can be advantageous to them.

The submission by 54 MPs from the ruling majority was made to the Constitutional Court back in December however the Court has only now refused to examine the question.

The Justice Ministry in its turn has prepared proposals regarding the re-elections. Justice Minister Lavrynovych says that they have been sent to the Venice Commission, OSCE and EU specialists for their assessment, as well as to the heads of all parliamentary factions for their opinions.  He adds that the proposals will only be presented when they have answers from all these experts, etc, and that “these cannot be amendments to the present law”.

The CEC consider that the Verkhovna Rada needs to decide when the re-elections in problem areas will be held.  The opposition believe that the ruling majority will only do it when it suits them.

Oleksandr Chernenko, Head of the Committee of Voters of Ukraine [CVU] says that the submission to the Constitutional Court was seen from the outset as a ploy to drag out the process.  Now the holding of the re-elections depends totally on political will, on whether 226 MPs can be found to vote for amendments to legislation and whether the President will sign these.

“Amendments need to be made to the law. As soon as these are made, the elections will take place within the next two months in the five districts. However if you consider that there’s only one session of the Verkhovna Rada before the end of May and it’s not likely that this law will be voted on, then an optimistic prediction must be that the elections will take place no earlier than the autumn, if at all”.

As reported, the Central Election Commission (CEC) announced in early November 2012 that it could not determine the outcome in five single-mandate electoral districts and adopted a resolution to ask for a revote. These wereL

United Opposition candidate Viktor Romanyuk was in the lead, however a court allowed a number of suits from Party of the Regions candidate Tetyana Zasukha.  The Administrative Court of Appeal agreed to declare void the results of voting at 28 polling stations where Romanyuk held the lead, and the district election commission [DEC] announced Tetyana Zasukha, wife of the former Governor of the oblast the winner.

Viktor Romanyuk is presently in Italy with an arrest warrant awaiting him if he returns to Ukraine  - see Win the elections or end up imprisoned?

After 100% of the votes had been counted and the CEC site had informed that Batkivshchyna (United Opposition) candidate Arkady Kornatsky had won, this changed, and the Deputy Governor and member of the Party of the Regions, Vitaly Travyanko was announced the winner. Representatives of the opposition candidate assert that they have evidence that the change occurred because votes of other candidates were counted as being for Travyanko.

There was also a storm of the DEC by Berkut riot police who took away both the head of the DEC and the protocols (see, for example,  khpg.org

The CEC resolution stated that the elections in the 5 districts named had not been held in accordance with the Constitution and the Law on the Parliamentary Elections, and that the CEC was therefore unable to reliably establish the real outcome of the voting.