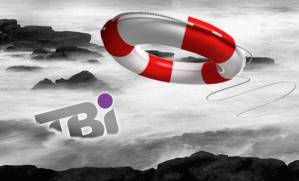 Prominent press freedom advocates Natalya Ligachova and Victoria Syumar the united stand taken by TVi journalists as a positive result of the latest assault on Ukraine’s last relatively independent television channel. Since this battle may well have spelled the end of the channel as we knew it, the solidarity shown by the journalists who have resigned en masse is certainly to be welcomed. On the other hand, the blow was probably fatal precisely because from the outset there were two distinct camps presenting mutually exclusive versions of the situation

TVi had come under attack many times over the last three years, and the uses made of the National Broadcasting Council, the tax authorities, and Internet providers convinced only those seriously wishing to be duped.  This attack has apparently come from within, and the lack of serious protest from the West is possibly in part due to consternation over conflicting versions from people until recently apparently sharing the same agenda.

This agenda, it should be stressed, was one of journalist independence and honesty, hard-hitting questions and investigative journalism, not a political stand.

That ended on 23 April, when one of those journalists Artem Shevchenko announced that he was the new General Director and that the channel had a new main shareholder Alexander Altman.  Bemusement intensified when Mykola Knyazhytsky came out in support of this position.  Knyazytsky had been the Director General through most of the previous onslaughts and was himself, as representative of TVi, facing criminal charges over alleged tax irregularities just a year ago.  Then mass protest both within Ukraine and abroad probably made the authorities back off.

The TVi team, including Director General Natalya Katerynchyk, but excluding the self-titled new Director General, Artem Shevchenko, were confronted with a fait accompli and serious contingents of strongmen there to enforce it.  This already makes the claims that all was above board questionable.  Altman could not provide the power of attorney entitling him to gain a controlling package; Nikia Ortodoksy, Director of the Cyprus offshore Wilcox which had supposedly sold to Altman claimed that the latter’s documents were faked and said she would be approaching the law enforcement bodies in Ukraine, UK and the USA.  Altman and Knyazhytsky have both claimed that the controlling shares were bought to prevent  Konstantin Kagalovsky (former or present owner) selling the channel to those close to the current regime.  One can believe such claims or not since what this squalid tale has highlighted yet again is the total lack of transparency regarding media ownership.  Ironically, Knyazytsky who is now an opposition MP, is one of the authors of a draft law proposing strict measures to ensure media ownership transparency.

Just not, it would seem, in this case.

We should bear in mind that the amounts of money mentioned and apparent hallmarks of a company seizure are over a TV channel which everybody knows was a money-losing enterprise.  This gives weight to suspicions that those close to the “Family” (Yanukovych, his sons and those close to them) are involved.  However it makes the intense activity seen by Batkivshchyna MP, Mykola Knyazhytsky in support of the takeover incomprehensible, as is too the near failure to respond at all from the opposition.

With scant information and no proof it seems senseless to run through all the hypotheses presented over the last 10 days.  One suggestion is, however, worth mentioning, namely that the channel could continue to give coverage to the opposition, etc, but that the targets for investigative journalism will change.  Ligachova and Syumar mention this scenario with reference to Serhiy Arbuzov, now Deputy Prime Minister and a close friend of the “Family”. It is suggested that he could use the channel for “investigations” against his enemies – Serhiy Lyovochkin from the President’s Administration and Dmyro Firtash, the millionaire with close links to the present regime.

Whoever were behind such moves, attempts to discredit opposition figures, civic organizations and others over recent months, must at very least prevent us from rejecting such a scenario. One of the problems in Ukraine is that shocking revelations are simply ignored by those in power and do not lead to any changes.  With officials’ reputation already mud, many of the journalist investigations could continue, with others – apparently exposing those few politicians and many civic organizations with reputations still to be destroyed – deftly inserted.

Such fears make the resignation of virtually the entire TVi team (around 31 journalists) and current negotiations underway to create a public Internet resource particularly cheering.  Ligachova and Syumar stress that such a project must receive wide support from very different people so as not to simply become a grant-funded project.

How much a TV channel with limited numbers of viewers could seriously threaten the increasing monopoly over the media is questionable.  What is not in doubt is the destructive impact of bemusing conflict and behind the scenes deals.  Whoever orchestrated the demise of TVi has most to fear from civic solidarity and journalists’ commitment to professional standards in their work.  The positive example demonstrated by the TVi team is indeed vitally needed and must be supported.