Shameful ping-pong to block the truth in the Indylo case 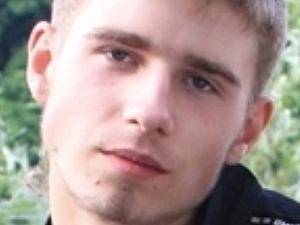 On the eve of the third anniversary of Ihor Indylo’s death in police custody, the Prosecutor has again succeeded in blocking proper examination into the young student’s death.

The Kyiv Court of Appeal has once again allowed an application from the Kyiv Prosecutor’s Office.  The latter had appealed against the ruling from the Desnyansky Distrct Court in Kyiv in March this year which sent the case for further investigation.  The Prosecutor’s reresentative claimed that the case had been unwarrantedly sent back for further investigation, and pointed out that a previous ruling had been revoked in January.

Since the assumption is clearly that people will not understand what is happening, and will see the Prosecutor as trying to ensure a  proper court examination, it should be noted that Ihor Indylo’s parents, together with the lawyer representing them, have consistently asked for further investigation.

Lawyer Oleksandr Zarutsky told journalists at the time of the last Desnyansky Court ruling, that the court had found that the criminal investigation had not established a number of circumstances nor had it rectified infringements, including those indicated by the court of appeal.

The Desnyansky Court has now passed such rulings three times, with the Kyiv Prosecutor blocking it on each occasion.

We have reported this case even more often, but must continue to do so however repetitive.

Ihor Indylo died during the early hours of what should have been his twentieth birthday.  He had not committed any crime,

Despite the lies by the police, video footage shows a young man walking without any obvious inebriation into the police station.  He died around 6 or 7 hours later of injuries which were not treated, and which the police claimed he sustained from falling in a drunken state from a bench in the cell (which is 50 cm from the ground).

The CCTV footage shows that at 21.49 police officers dragged Ihor to the cell and left him on the floor. Despite his extremely chaotic movements he was left until 4.51 when he was found dead.

The police officers informed Ihor’s parents of his death, asking them to collect his body. His parents were told that he had choked however they could see the multiple bruises on their son’s body.

It should be stressed that there was initially total silence over Ihor’s death, and any attempts to investigate came only after a TV report on 1 + 1 revealed information about the death, arousing public outrage.

The value of all the promises made from the Prosecutor’s Office and the President can be seen in:

the fact that neither of the two officers who faced criminal charges was accused of anything more than exceeding official powers;

neither of the two has thus far served any sentence.  In December 2011, Serhiy Kovalenko was amnestied. He had been charged with “professional negligence without grave consequences” for not checking the grounds for detaining Ihor Indylo..

The following questions put together by NGOs a year ago remain unanswered.  Since the Prosecutor’s Office clearly hope they will remain so, they must at least be heard.

What caused Ihor to lose consciousness in the interview room?

If Ihor fell on his right side in the interview room, as stated in the testimony of Prykhodko and O. Khomenko (the young man with Ihor – translator), where are the bruises on his left side from?

What really happened in the interview room?

If Ihor was in a state of extreme inebriation, as the police and doctor assert, why was he not hospitalized?

Why was he not given adequate medical assistance in the police station?  Why wasn’t an ambulance called a second time, including when he was in the cell since the video shows that he was in a bad state?

Why were all the events of that night not re-enacted bearing in mind the full video recording? It is important to view and analyze absolutely all recordings since this will help to establish the evens and also demonstrate discrepancies and contradictions in the testimony of witnesses and suspects, as well as their inability to provide answers to certain questions.  It is clear, for example, from the video that doctors arrived at the police station at around 3 a.m. yet they did not come in to see Ihor. The police officers were unable to explain at the court hearings who these doctors were, who had called them and why.

Why did Ihor’s condition change so sharply for the worse when he was placed in the cell? According to the police officers, Ihor was in a state of extreme inebriation. Despite this he freely walked through the turnstile into the police station with his hands in his pockets. Yet in the cell his arms were moving about chaotically.

A large number of questions are elicited by the forensic examination. Why is their no x-ray of the injuries to Ihor’s scalp, and only written notes by the doctor; why was the direction of the fracture not investigated?  This would help explain how he received the injuries.

Why did neither the examination nor the criminal investigation explain where the blood in Ihor’s stomach came from?

How do you explain the numerous contradictions and discrepancies in the testimony of Oleksandr Khomenko, Ihor’s friend who was with him in the police station that night?  Oleksandr even said himself during the hearing “I don’t know which of my witness statements that court should believe”, and that is recorded in the protocol.