Parliament refuses to reduce President’s and own perks 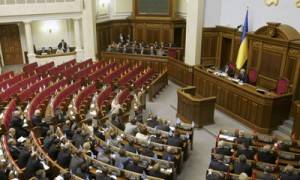 MPs rejected a draft law on abolishing unwarranted perks and benefits for people empowered to carry out state functions. The bill received only 203 votes (needing a minimum of 226) The MPs also showed no wish to send the bill for a repeat first reading.

The bill had been tabled by the Batkivshchyna faction leader Arseny Yatsenyuk who said that it had been agreed with all opposition factions.

MPs and former MPs, as well as former Presidents enjoy hugely generous benefits and perks which, as Tuesday’s vote showed, they are in no hurry to relinquish.