Even film about Mezhyhirya scares the authorities 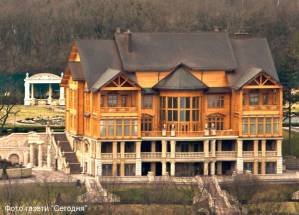 Volodymyr Prytula on Radio Svoboda reports the difficulties experienced by the organizers of an almanac of short documentary films entitled “Open Access”   The films include one about the President’s controversial and top secret residence at Mezhyhirya and this has probably been the sticking point in the Crimea.

Attempts to show the almanac were thwarted in both Sevastopol and Simferopol.  The first attempt to show it in Feodosia also failed.  It succeeded only after the location was deliberately not publicized.  A spokesperson from Centre.UA says that the previous day’s showing had been planned long in advance at the Ai Petri Hotel outside Feodosia. The previous day’s showing was cancelled after the hotel received a visitation from people who suggested that the film showing should not take place to avoid problems. The hotel backed off and cancelled the showing.

On 20 June in Simferopol a smoke bomb was hurled into the premises which had to be evacuated.

The cycle “Open Access” is made up of 5 video features on Mezhyhirya; Afghanistan war veterans; “School”; and two others.  The films address problems arising in implementation of the Public Information Act.

See the videos at http://radiosvoboda.org/content/article/25026694.html for an idea of the money, if not taste, expended on Mezhyhirya

See Protecting the President’s Patch for information about the excessive measures used to prevent members of the public in holding peaceful protests nearby.