Are all individuals serving a life sentence guilty?Ukraine’s penitentiary institutions and the warZelensky urged to veto law that puts Ukraine on track for more damning European Court judgments Former HR Ombudsman Lyudmyla Denisova on her dismissal, 4 years of work, Ukrainians in occupied areasUkraine hammered by Court in Strasbourg for endless torture of life prisoners Vital chance for justice after Ukrainian Constitutional Court ruling Zelensky fails crucial test for restoring justice in Ukraine A brief description of the KHPG strategic litigations in the first half of 2021Prisoners’ rights to health protection and medical care in 2014-2021: KHPG reportPosthumous justice for Ukraine’s most famous victim of police tortureUkraine’s most malicious miscarriages of justiceA brief description of the KHPG strategic litigations in July–December 2020Is COVID-19 present in penitentiaries and pre-trial detention centers?The practice of application of Article 111 of the Criminal Code of UkraineUkraine found in bulk violation of the prohibition of torture over denial of justice to life prisonersCriminal proceedings under Article 111 of CC of Ukraine against the journalistsModel concentration camp deployed in Russia for Putin regime’s rewriting of historyViktor Lozinsky, the ex-MP convicted of murder, wins in local elections in UkraineZelensky’s ‘survey – legally questionable and cynically populistA brief description of the KHPG strategic litigations in January – June 2020
• Topics / The right to a fair trial

Doubts over many life sentences in Ukraine 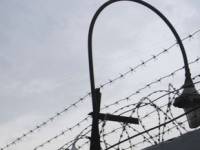 Andriy Didenko writes that the over 1800 life prisoners in Ukraine can, according to their own accounts, be divided into three groups.  Around 90% really did commit the impugned crime with aggravating circumstances.

The second committed the crime, however the severity of the punishment is questionable.  He cites one case where the wife of a life prisoner asked the Kharkiv Institute for Crime Studies to assess the punishment. The Institute staff were unanimous in their conclusion that the sentence was disproportionate, since the man had been an accomplice, whereas the organizer and implementer of the crime received 12 and 13 years.

The third group are prisoners whose sentences altogether arouse doubts as to their fairness.

Going by what the prisoners told him, Didenko believes that there are roughly 180 prisoners who fall into the second and third categories. He stresses that it is for the court to determine guilt, yet after studying the criminal cases, he considers that a certain percentage – “20, 30, perhaps even 200 people” give the strong impression of being questionable.

Didenko writes that most life prisoners are unable to fully exercise their right to a fair trial at the domestic level, while for objective reasons they have no opportunity to turn to international courts.

The majority of life prisoners, those sentenced up till 2010, were tried by a court of appeal, with their appeal heard by the Supreme Court.  This effectively deprived them of the right to a cassation appeal, since this was heard by the same Supreme Court which was unlikely to overturn its own ruling.

This anomaly was removed with the adoption of the 2010 Law on the Judicial System and Status of Judges.

Didenko writes that he spent a large amount of time studying up the cases of the roughly 180 prisoners whose sentences in one way or another arouse concern.  He was also able to speak with many of the prisoners

He cites one positive example of a 39-year-old, Ihor B. who managed after 2 and a half years to prove that he was innocent.  His health and life shattered, the former director of a firm now works as a plumber.  This he says was because the Zhytomyr police needed sometime to arrest in order to report to the Prosecutor’s Office that they had solved a high-profile case.  Ihor B was unfortunate enough to have a previous conviction which proved sufficient for the police.

He was acquitted by the Zhytomyr Court of Appeal and awarded 262 thousand UAH in compensation.

On the other hand, Didenko cites three dubious cases.

1.  Life sentence against Volodymyr Panasenko, convicted of a bomb blast which seriously injured the director of the Shuvar Market and killed a young girl who was passing the car that exploded.

On 6 June 2013 the head of the Department on Fighting Organized Crime in the Lviv Region stated at a press conference that the person who carried out the crime had been detained after being on the wanted list for around 7 years.

It is not clear whether the arguments of Panasenko’s defence; the retraction of testimony by a key witness, etc will be taken into consideration.

2.  20-year-old Maxim Orlov and 14-year-old Oleksandr Kozlov were convicted of double murder despite numerous discrepancies in the prosecution’s case.  Orlov got a life sentence, Kozlov – 14 years.

The prosecution is based solely on Kozlov’s testimony obtained through the use of torture and without a lawyer present.

On 13 June 2001 Olexander Rafalsky and a woman friend, X, were arrested in an apartment in Kyiv. The police officers did not produce any warrant for their arrest and beat both Mr Rafalsky and Ms X, knocking them to the ground and inflicting several blocks with their fists as well as kicking them. They were then taken to the Central Police Station on Volodymyrska St where they were taken to different offices.

In one of them Rafalsky alleges that he was beaten and kicked for several hours first by three police officers, and then four, in order to force him to sign a confession.  He says that he heard moans and crying from Ms X in a room nearby.

Rafalsky awoke from acute pain in a cell of the police temporary holding centre.  His torture continued with electric shocks also applied.

On 16 June he wrote an application to the Ministry of Internal Affairs [MIA] in Obukhov, asking for medical treatment and giving his parents’ telephone number, requesting that they be informed where he was.  The Head of the temporary holding centre simply ripped it up.

During the next two days an ambulance needed to be called twice.  The doctor recommended hospitalization but this was ignored.

The torture continued with his condition worsening and several times requiring medical intervention. On 24 June he again asked for his parents to be informed, but was told that the request would be passed to the investigator.

On 25 June officers taking him to another police station stopped in a forest and subjected him to a mock execution.

It was only on 26 June that he was brought before a judge who issued a ruling remanding him in custody. It became clear only later that he had been detained on 14 June as a person suspected of vagrancy, with the document claiming that he had been without ID.

The investigation or lack of such into the use of torture

Rafalsky reported the use of torture and unlawful detention while under questioning by the criminal investigator. On 15 September 2001 the Kyiv Regional Prosecutor refused to initiate a criminal investigation. The document was not given to the claimant thus depriving him of the right to appeal against it.

The list of refusals is long, and only ended on 14 December 2009 when the Pechersky District Court in Kyiv revoked the original Decision from the Prosecutor not to initiate a criminal investigation. As mentioned this was then appealed with the Kyiv Court of Appeal overturning the ruling on 27 January 2010.

Rafalsky’s lawyers were left with no alternative but to lodge a cassation appeal with the Supreme Court.

On 24 March 2011 the Supreme Court examined a cassation appeal lodged by Arkady Bushchenko on Mr Rafalsky’s behalf against a decision from the Kyiv Court of Appeal and sent the case back for a new appeal court level examination.

On 19 June 2013 the Verkhovna Rada Committee on Fighting Organized Crime recommended that the Prosecutor General’s Office initiate a full and objective criminal investigation into cases of abuse of official position and exceeding of authority over the case.