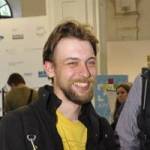 Yury Barabash, photographer and Russian national, working for a Ukrainian publishing company in Ukraine, was on 15 July removed from the train carrying him back to Ukraine from Russia.  He spoke to an Ukrainska Pravda correspondent from the border and said that the police officers who detained him told him that the ban was for 5 years, until 2018.  They said that he was on their list of people banned entry, but could not provide any further detail, saying only that it was at the instigation of the SBU [Security Service].

Ukrainska Pravda, however, believes that the ban is linked with his active criticism of the Ukrainian regime.  He has often photographed street protests which Ukrainska Pravda published.  On 18 May Barabash was photographing a fight by young thugs from Bila Tserkva (where Titushko, the main person accused of assaulting journalist Olha Snitsarchuk) when they attacked him and tried to pull his camera away from him.  He was also among the people detained during a demonstration on Independence Square to mark the 8th anniversary of the Orange Revolution.