New and worrying harassment of A/TVK DirectorKharkiv journalists condemn harassment of A/TVK colleagueTriple Blow for Kharkiv TelevisionATN: Prosecutor finds no proof of pressure from local authoritiesMedia purges at the door“Removal from air of Kharkiv TV channels more than just business relations”EU following struggle for freedom of speech in KharkivProtests, delegation, letter to the President , yet ATN remains off airKharkiv Mayor awaits unpleasant questions about closure of TV channelsYoung Kharkiv residents demand the return of TV ATNOSCE calls on Ukrainian government to allow independent Kharkiv broadcaster back on airThe Removal from air of three Kharkiv channels damages Ukraine’s reputationKharkiv’s TV ATN files law suit against Sanitary ServiceAfter Kharkiv’s TV ATN who’s the next target?ATN journalists picket Mayor of Kharkiv’s officeMedia Union calls for resumption of broadcasting of blocked Kharkiv TV companiesOn Flagrant Violation of Freedom of Expression in KharkivATN to picket the Kharkiv Mayor’s Office after being taken off airKharkiv journalists call for defence of freedom of speechOn the removal from air of A/TVC
• Topics / Freedom of expression

Yet another TV channel under siege 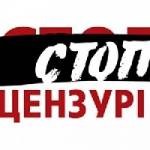 The civic movement Stop Censorship considers the events in Chernivtsi around TV Channel TVA to be censorship and pressure by the local authorities on an alternative source of information.  It is demanding that the Prosecutor General’s Office and Interior Ministry intervene and put an end to lawless behaviour by local officials and organize a full and objective investigation into the situation.

“Due to a number of incredible “coincidences”, short circuiting and strange technical hiccups, on 23 July Channel TVA was forced to stop broadcasting. Local officials did not allow TVA technical staff to return the repaired equipment to the relay station which is in the building of the Chernivtsi State TV and Radio Company Bukovyna.

Yet further proof that the local authorities are behind the cessation of TVA’s broadcasting is the letter from the pro-government majority in the Chernivtsi Regional Council. On 2 August four Party of the Regions deputies approached the National Broadcasting Councl suggesting that if TVA was not able to keep the conditions of its licence and renew its broadcasting on time, that a tender be announced for its frequency, or that this be simply handed over to the regional council.

On 2 August TVA was also cut off from cable networks. According to TVA’s Acting General Director, T. Keller, this happened as the result of a telephone from above.

TVA employees say that the TV channel is ready to broadcast, that all restrictions on its broadcasting are artificial and created solely by the local authorities. “

Stop Censorship calls on the Head of the Chernivtski Regional Administration to take immediate measures to ensure that TVA can restore broadcasting and take the situation under its control.

They urge the Prosecutor General’s Office and Interior Ministry to intervene and put an end to lawless behaviour by local officials and organize a full and objective investigation into the situation.

They draw the National Broadcasting Council’s attention to the need to investigate why TVA has been cut off and call on it to take into account the fact that it was forced to stop broadcasting due to force majeure circumstances and artificial impediments.

Stop Censorship asks international organizations and embassies in Ukraine to remind the Ukrainian authorities of the enormous importance of respect for freedom of speech and human rights, as well as of observing Ukraine’s international commitments with respect to protecting media freedom.