Dima Groysman: ”Acquitted for want of a crime” 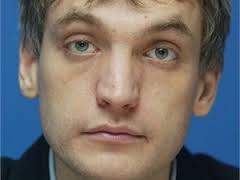 Almost exactly a week after Dmytro (Dima) Groysman died of a heart attack, aged only 41, a court in Vinnytsa has found no elements of a crime in the last remnant of the criminal prosecution which had been hanging over him for almost 3 years.  On Wednesday last week, the prosecution withdrew four charges leaving only one – that relating to a video clip widely available on You Tube.

On Monday, 12 August, Dima was “acquitted” of this final charge with the judge finding no elements of a crime in the impugned actions.  The prosecution has 15 days to decide whether to appeal against today's acquittal.  It has thus far made no comment.

It should be said – and Dima had on a number of occasions – that the judge hearing his case had shown professionalism.  It is impossible to say the same about the investigators and Prosecutor’s Office.

An appeal launched on Friday to the Prosecutor General demanding not only withdrawal of all charges, but a public apology and criminal proceedings implicated in a seriously flawed case gained over 300 signatures in the following 36 hours.  More information here.

These demands remain in force.  The fact that the one charge which the prosecution did not withdraw last week was found to contain no crime is indicative of the level of the charges laid against the Coordinator of the Vinnytsa Human Rights Group and of the real motives for almost three years of criminal proceedings.

There were protests, including from international NGOs such as Human Rights Watch, regarding the overt harassment of a prominent and vocal civic activist.  One of the many disturbing aspects of the case was the fact that the charges were based on material posted on his LiveJournal blog.

Forgive the repetition, but the case disturbs to be viewed in its full squalor.

The police turned up on 16 October at Dima’s flat. Although they only had a warrant to search his flat, they also carried out a search of the offices of the Vinnytsa Human Rights Group next door. The search was supposedly on suspicion of circulating pornography, yet the police officers confiscated financial and other documents, including material regarding asylum seekers whom the Vinnytsa Human Rights Group was assisting.

On 21 December 2010, Dima received official notification of the charges he faced.

The image deemed a criminal offence can be seen here and dates back to July 2009. In June 2009 a number of human rights and media organizations had called on President Yushchenko to veto planned amendments to the Criminal Code criminalizing possession of pornographic material for the purpose of sale or circulation. The law was heavily criticized for failing to achieve its supposed purpose of fighting child pornography while at the same time imposing unwarranted restrictions on freedom of expression. Dima’s image was posted in disgust over the president’s failure to react in defence of children and of freedom of expression.

As mentioned, the image was on a personal blog, not the front page of a newspaper.  The argument that the blog was on free access  did not explain why a human rights activist was facing criminal prosecution, while countless sites inciting people to racial enmity, sometimes in radical form, were consistently ignored. The charges potentially carried a sentence of three years imprisonment.

There were two charges under Article 301 § 1, with the first relating to Dima’s entry here di-mur.livejournal.com. The clip showed people similar to some well-known Russian figures and was freely available for viewing on YouTube.

The mental acrobatics required to understand this last charge which supposedly relates to pornography, not annoying police officers, were beyond most of us.

Today’s judgment is to be welcomed, but it is manifestly insufficient.