Yet another TV channel under siegeNew and worrying harassment of A/TVK DirectorKharkiv journalists condemn harassment of A/TVK colleagueTriple Blow for Kharkiv TelevisionATN: Prosecutor finds no proof of pressure from local authoritiesMedia purges at the door“Removal from air of Kharkiv TV channels more than just business relations”EU following struggle for freedom of speech in KharkivProtests, delegation, letter to the President , yet ATN remains off airKharkiv Mayor awaits unpleasant questions about closure of TV channelsYoung Kharkiv residents demand the return of TV ATNOSCE calls on Ukrainian government to allow independent Kharkiv broadcaster back on airThe Removal from air of three Kharkiv channels damages Ukraine’s reputationKharkiv’s TV ATN files law suit against Sanitary ServiceAfter Kharkiv’s TV ATN who’s the next target?ATN journalists picket Mayor of Kharkiv’s officeMedia Union calls for resumption of broadcasting of blocked Kharkiv TV companiesOn Flagrant Violation of Freedom of Expression in KharkivATN to picket the Kharkiv Mayor’s Office after being taken off airKharkiv journalists call for defence of freedom of speech
• Topics / Freedom of expression 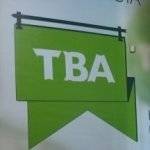 The news has just been reported that on 14 August TVA was finally able to restart broadcasting.  The TVA journalists’ appeal to the President Yanukovych is still worth reading and requires response since the attempts over recent weeks to slander, discredit and destroy the channel have been quite overt.

As reported, the civic movement Stop Censorship has already issued a statement condemning the trumped up reasons for stopping the channel from broadcasting.  Stop Censorship calls the actions censorship and believes the local authorities to be behind them.

In their letter of 14 August, the journalists write that it is already 3 weeks since Channel TVA went off air. During that period each employee of the channel – from the editor to technical engineer – has become a revolutionary and rebel.  “During these weeks we have shouted more slogans than ever before; we have signed more letters to officials than Christmas cards to relatives; we have received more support and understanding from colleagues throughout Ukraine than any regional television channel has had.  And we have had so much mud flung at us from officials that no doubts can remain that we are being destroyed as professionals, as dissidents, as a TV channel which doesn’t fit into the standards of blue and white (the colours of the ruling Party of the Regions - translation) journalism.

These events have made us stronger and more daring, have added confidence in fighting the system, sufficient knowledge and understanding to call things by their own names. For each of us this case has become a personal cause and we will not fail to note and appropriately react to any slander, “denunciation” or insult pouring forth from the authorities’ public efforts to take away our legitimate right to broadcast.”

They particularly address the Director of the Regional State TV and Radio Company, Lyubov Hodnyuk who turned away from TVA at a time when they were receiving support from hundreds of journalists throughout Ukraine.  “It is no secret that the scandalous and harsh decision to not return equipment repaired after the fire to TVA staff could not have been taken by you independently.” They stress that the responsibility does not lie personally with her, but say that she lacked the professional will to not take part “in this shameful campaign to destroy TVA”.

They address bitter words to the former Head of the TV channel Vasyl Zabrodsky who they say has taken considerable effort to make sure that TVA remained without a licence, and they – without work.

They then turn to Mykhailo Paliyev, the Regional Governor and say that they are well aware that his task is to destroy the channel.  It is their task to prevent him for doing so.  They ask him to find the last remnants of professional decency and explain to them why he and his colleagues “are resorting to such dirty and primitive methods in fighting us?”  His subordinates, they say, have accused TVA of trying to take jobs, broadcasting time etc from colleagues at the TV channel Bukovyna.  They express outrage at his attempts to set journalists against one another.

They urge President Yanukovych to give a worthy assessment of the actions of his subordinates and to take the decision to remove Paliyev from his post as Head of the Chernivtsi Regional State Administration.

“The initially unconcealed hate campaign, and then open war which the State Administration has been waging against independent media in Bukovyna should not escape your attention and responsibility. Otherwise we will be inclined to think that the unlawful actions of your subordinates with respect to the TV channel are sanctioned and that means that in Ukraine a shameful campaign has begun aimed at gaining control over regional broadcasters and destroying freedom of speech”.

They call for an end to repression and stress that viewers are being deprived of the right to alternative information, and journalists of their work.  “These are terrible and real facts which we will not under any circumstances be silent about and will talk about, if not from the TV screen then on the streets of our city and our country.”

The journalists express gratitude to the journalists, viewers and civic organizations that have supported them, and stress that they will not give in.