A Cloak and Dagger Farce in Ukraine 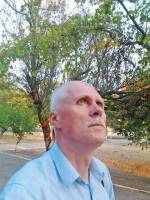 Absurd espionage charges against an academic and two young men would be funny if the stakes weren’t so high.

In Ukraine a professor is facing a possible 15-year prison sentence for treason for having collated information he found on the Internet. Forget Snowden, Manning, or Assange, this is Ukraine, where even spying gets turned on its head.

The Security Service, or SBU, has charged Kharkiv academic Volodymyr Chumakov, together with two young engineers, with spying for China over information downloaded from open websites. This was only theoretical information, it should be stressed, since no scientific research is taking place in the relevant field in Ukraine.

Chumakov is charged in connection with a book he compiled based on lectures given to students, specifically a section pertaining to electromagnetic accelerators, or railguns. “I can’t even boast of any important discover, " he told Ukraine’s Express newspaper.  "I simply systematized a lot of material on the subject, using open, mainly foreign, sources.”

Chumakov said SBU investigators have pulled sentences from his textbook that they claim give away state secrets that could threaten Ukraine’s defense. They even assert that particular sentences or paragraphs set out the technology for creating a weapon.

Neither Chumakov nor the two engineers, one of whom is a former student, had access to state secrets. This supposed threat to national security remains freely available on the Internet, as does all the material it was based upon. Even if they had inadvertently divulged sensitive information, it would be because the material had not been properly classified and restricted.

Yet a year after the book was published – with the requisite Academy of Sciences review behind it – and after Chumakov received a presidential honor for his contribution to science, the SBU came knocking.

Assessments of the information by supposed experts have had a farcical air. One thought he had spotted a state secret, only to backtrack when the investigator pointed out that the information in question was from an open, Russian source on the Internet. He was simply invited to try again.

However absurd, the charges against Chumakov and the young men are serious and carry long sentences.

Oleksy Rud and Serhiy Chichotka met a young Chinese graduate of a St. Petersburg institute in 2008 and together founded the company Top Science Ukraine. The idea was to seek out Ukrainian scientists and inventors whose institutes do not have the funding to promote their work, and to find investors from China. This was all open and aboveboard, and close cooperation with different Ukrainian institutes was envisaged from the outset.

Rud approached Chumakov back in 2008 and offered to help promote his projects. Chumakov’s institute, like all Ukrainian academic establishments, is seriously strapped for funding and positively demands that staff seek outside funding. There was a potential investor interested in a number of projects, but he asked for a report. This was cleared with the university and Chumakov prepared a book taking material from lectures given to students, notes, etc., all largely gleaned from the Internet. He worked on the material in 2009, though it was, as mentioned, published only in 2012.

Investigators say some material on railguns that until 2006 was classified is in Chumakov’s book. Why it was ever classified is not known, nor why it stopped being so in 2006, but independent assessments have found no match between Chumakov’s work and the material in question. What is most disturbing, however, is the fact that the investigators have gone to the trouble. Even if Chumakov had knowingly used this source, it would have been some three years after the material was declassified.

Chumakov says investigators have openly suggested that he testify against the two young men. Both men have been in pretrial detention for 18 months, with their trial not even begun. They are reportedly under strong pressure to “confess.” Conditions in Ukraine’s pretrial detention centers are grim: a team from Brussels last year documented credible evidence of "ill-treatment ... of such a severity that it can easily be considered to amount to torture, " including infliction of electric shocks, asphyxiation with a plastic bag or gas mask, suspension in a hyperextended position, and death threats with a gun put to the head.

The prosecutor in Rud and Chichotka’s case has just applied for a fifth expert assessment. Chumakov’s trial is about to begin. Despite the surreal nature of the charges, the danger is real. Ukraine’s acquittal rate in criminal trials has dipped over the last three years to a new low – 0.17 percent – with judges under pressure to convict. Where a case is too scandalously flimsy or where defendants retract confessions made under duress, the trials can simply be dragged out with the defendants held in pretrial detention for years.

There are frightening echoes here of the worst years of Stalin’s Terror when men facing execution were tortured into “confessing” to spying for any number of countries.

In 2013 it seems depressingly clear that for the SBU officers involved in this case, all that matters is getting good statistics on catching spies, with the human cost still treated as immaterial.