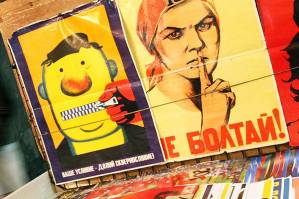 The escalation in smear tactics against prominent journalists and civic activists over the last week had been predicted.  Since fingers were immediately pointed at those now in power only the timing seemed incredible coming as the fate of the EU-Ukraine Association Agreement hangs in the balance. Unless, of course, this is about preparing who to blame if it’s not signed.

Longer-term aims are not in question.  There have been a number of major moves this year which give people close to President Yanukovych and his family control over major media holdings. These are widely viewed as preparation for the presidential campaign in early 2015.  Measures so overtly aimed at intimidating journalists and civic activists could only be viewed as part of the same forward planning.

Oksana Romanyuk, Director of the Institute for Mass Information [IMI, had her computer hacked and email correspondence posted online.  Publications on, for example, Ukrainska Kryvda, a clone site aping the renowned and fearless website Ukrainska Pravda, were brazen in distorting the information hacked and making defamatory allegations about Romanyuk and IMI.  They also openly threatened other journalists that they should expect similar treatment.

All the targets could easily be predicted and are known for critical reporting, and journalist investigations into media ownership machinations, the corrupt dealings behind Yanukovych’s controversial residence at Mezhyhirya or similar.  All are members of the civic movement Stop Censorship, and both Romanyuk and IMI have played an important part in alerting the international community to infringements of press freedom in Ukraine. Back in January this year another prominent activist Oleh Rybachuk from CHESNO predicted a wide-scale campaign aimed at discrediting honest journalists and civic activists. With confidence in the regime at a record low, he said, they don’t have anything left to fight with but mud.

Rybachuk suggested that the mudslinging could have the opposite effect and simply convince people that those targeted are on the right track. This was clearly demonstrated by the reaction to the attack on Romanyuk from Reporters without Borders and Freedom House. It also seems inconceivable that readers of Ukrainska Pravda could be influenced by the primitive texts being circulated via dodgy websites and publications.

On the other hand, the specific type of message being plugged – whether by politicians or defamatory publications – cannot be dismissed, especially given the full frontal attack on civic organizations underway in neighbouring Russia.

The thrust comes in different forms, but roughly boils down to the following: journalists and civic activists have entirely venal motives and are raking it in on grants from foreign governments or NGOs.  The latter have their own motives which may jeopardize Ukraine’s national interests.  In Russia this same thinking has led to a law requiring any NGO receiving money from abroad to register as a “foreign agent”.  They face draconian fines or closure if they refuse.

It’s all drearily familiar in Ukraine as well. Back in 2011 the head of the ruling Party of the Regions faction in parliament, Oleksandr Yefremov asserted that a scenario similar to that in Northern Africa is being set in motion in Ukraine on money from the international Renaissance Foundation’s founder, George Soros.  His party colleague, Vadym Kolesnichenko was swift to join the act, explaining that they were working on measures to restrict conditions for funding NGOs.  “We must be clear what aims foreign countries have in spending money on the territory of our country”.

Hardly a winner right now as Ukraine tries to convince the EU to sign an Association Agreement which would, one way or another, lead to major inflow of badly needed financial support.

This same refrain is now being pushed by Ukrainska Kryvda and its ilk.  It may simply demonstrate the ideological limitations of those commissioning the mudslinging.  Or this may be aimed at preparing targets to blame if the EU-Ukraine Association Agreement is not signed.  Don’t blame us, it’s all the fault of those journalists and activists willing to spread any nasty slander about Ukraine for foreign grants.

EU insistence on Tymoshenko’s release for the Agreement to be signed is totally justified.  You don’t imprison political rivals.  Nor however do media holding buy-outs and overt attempts to intimidate and discredit journalists and civic activists constitute acceptable methods for running presidential or any other election campaigns