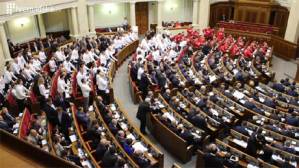 The ruling majority has rejected all seven bills aimed at enabling imprisoned opposition leader and former Prime Minister, Yulia Tymoshenko to receive medical treatment abroad. Resolution of the problem with Tymoshenko’s imprisonment is one of the key requirements for the signing of the EU-Ukraine Association Agreement.

All bills were brought down by the Party of the Regions majority with each of the 7 receiving roughly 194 voices (with a minimum 226 required).

Yanukovych effectively has until the Vilnius Summit itself to resolve the situation, however today’s fiasco probably spells the end for legislative initiatives. As reported, Viktor Yanukovych has twice stated that he will sign any bill adopted by parliament. It is however his Party of the Regions which has blocked all such bills, and it is very widely assumed that the decision lies firmly with him – as will the responsibility for Ukraine losing this vital chance for association with the EU.