UCU: The Fate of 46 million Ukrainians is at stake 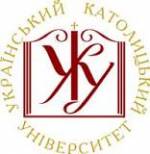 The Ukrainian Catholic University has issued a statement expressing deep concern over the announcement on Thursday that Ukraine’s government is suspending the country’s European integration process.

UCU states that that the future of all 46 million Ukrainians is at stake but especially that of young people who are being deprived of a proper future. It stresses that Ukraine’s national interest lies in joining a European realm in which there is rule of rule of law, respect for human dignity and human rights, civil, religious, and academic freedom, free enterprise, social justice, where the government is accountable to the people, where private property is respected, etc.

UCU acknowledges that Ukraine’s economic stability has to be a factor, but stresses that the economy is threatened not by the Association agreement, but by the fact that the current legal framework does not comply with European standards.

UCU stresses that the future of Ukrainian education lies with closer association with the European educational and cultural spheres. Students are unequivocal in their support for Ukraine’s European choice and UCU warns that rejection of this choice will inevitably lead to young people emigrating. This, they point out is as much of a threat to the country’s security as temporary economy difficulties.

For the sake of Ukraine’s young people, UCU therefore calls on the university community to publically express their position and support for Ukraine’s European future.