Euromaidan- rallies planned throughout Ukraine, EU, US and Canada 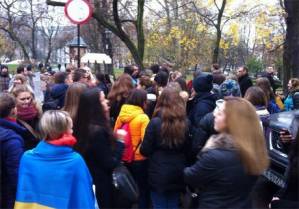 An interactive map has been created of all the cities taking part in protests against the decision by Ukraine’s government to suspend preparations for the EU-Ukraine Association Agreement. 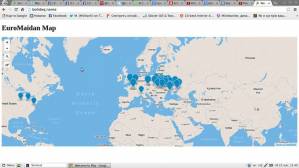 The map can be accessed here http://bohdaq.name/euromaidanmap and was announced, with a request to repost it by Bogdan Tsap on his facebook page.

Euromaidans are planned in London; Brussels; Paris; the Czech Republic; Italy and Canada.

Ukrainians in Poland will be joining a picket in Warsaw on Sunday, Nov. 24, outside the Ukrainian Embassy in Poland.  Protests are also planned in Wrocław and Kraków.

In Berlin a protest is scheduled for 12.00 on Sunday near the Brandenburg Gates.