CVU: Election results already distortedEuroMaidan vs Dodgy Re-ElectionsRecord number of candidates – and clones – in problem constituenciesOld dodgy tactics again in parliamentary re-runs2013 election campaign could get dirty after VilniusElection campaign begins in problem electoral districtsCVU warns of possible vote-buying in 5 problem constituency re-runsParliament sets date for long-overdue election re-runsCVU:: Re-elections no earlier than autumn, if at allBypassing the Voters: on the Ousting of the Mayor of CherkasyWin the elections or end up imprisoned?Court enables extradition request of opposition politicianOpposition candidate arrested in Italy on extradition demandOPORA: Former parliamentary candidates are leaving the countryOpposition candidate in scandal-filled No. 94 appeals to StrasbourgOPORA: Analogous cases, different court rulingsOPORA: The Elections did not meet democratic standardsUS calls Ukrainian elections a step backwardsOSCE: Democratic progress appears to have reversed in UkraineChernenko: "These elections the worst since 2004"
• Topics / Elections 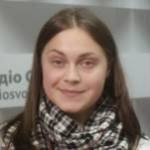 Maria Tomak, an official OPORA observer at electoral district No. 94 (Obukhiv, Kyiv oblast), was removed by members of the precinct electoral commission [PEC] on Sunday evening.  The commission members spoke of “provocative behaviour” after she recorded an attempt by one of the PEC members to steal ballot papers.

The voting was taking place in the hall of a cultural centre with a stage at the front.  At around 20.00 she went behind the stage and saw Vasyl Kurka, a PEC member who didn’t notice her.  He was hiding something inside his sheepskin coat and asked PEC chairperson Diana Alexandrova whether anything was visible.  Tomak told Telekritika that she had the impression that the PEC chairperson was also trying to hide something, but in Kurka’s case she saw some kind of papers and asked him to show her what he was hiding.  He simply laughed and began leaving the hall. While Tomak called other observers to come and record the infringement, Kurka managed to get to the other room and tried to close the door. She followed and saw two police officers eating and nearby a whole lot of blank ballot papers lying on the floor.  She notes that the police officers were not reacting in any way.

Tomak has written about all of this in a formal complaint to the Prosecutor General’s Office.  She is convinced that what she was seeing was theft of ballot papers, punishable under Article 158 ¶ 5 of the Criminal Code.

She called the police who took her testimony and that of another observer, the relevant members of the PEC and other witnesses.

At around 21.00 the PEC issued a decision depriving Maria Tomak of her right to be present at the commission’s meeting “for provocative behaviour”.

Please see: EuroMaidan vs. Dodgy Elections for details about how the courts controversially removed opposition candidate Viktor Romanyuk from the candidate list in No. 94 electoral district.