Given the will the amnesty law can be applied 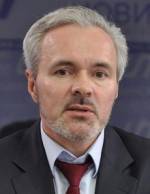 Mykola Khavronyuk, a prominent criminal law specialist and research director for the Centre for Political and Legal Reform has commented on the law which came into force on Dec 25 entitled “On removing adverse effects and preventing persecution and punishment of people as the result of the events during peaceful gatherings”.  As reported, initial doubts about the bill have been exacerbated by comments from Party of the Regions politicians suggesting, among other things, that the law could also remove any liability from Berkut riot officers guilty of savagely beating up peaceful protesters on Nov 30, 2013.  There is also little evidence of any will to enforce the bill.

Khavronyuk stresses that the act, for all its appalling legal flaws, remains a law.  Not just any law, he says, since it was voted for by a constitutional majority (over two thirds of MPs).  It is aimed at achieving some degree of consensus in society, by resolving the most sensitive issue: if you won’t punish representatives of those in power, then at least don’t punish us!

“Some representatives of the regime occupying the post of high judges have already claimed that the law is unenforceable. Yet those who don’t want to do something look for a reason, those who do want to, look for a way.”

Khavronyuk explains that the law effectively prohibits the prosecutor from sending such cases to the courts. According to Article 283 ¶ 2 and 284 ¶ 2 of the Criminal Procedure Code, the prosecutor has only three other options:

i) terminating the criminal proceedings  - this must be done where there is insufficient evidence to prove a person’s guilty and all means of gaining them have been exhausted.  The proceedings must also be terminated if the behaviour in question does not contain elements of a crime;

ii) applying to the court to release a person from criminal liability.  The court can waive criminal liability if it receives such an application from the prosecutor with the grounds in this case being provided by the law just passed.

Khavronyuk expresses regret that the High Specialized Court has not yet provided the appropriate explanations.

On the basis of this law, , people already convicted of any of the alleged offences the bill covers are entitled to apply to the courts for any criminal record to be waived.  “That is at the very least”.   The maximum, he says, depending on the Criminal Procedure Code, would be to get all judgements revoked by appeal or cassation courts.

He agrees that the law does not create a good impression about its authors as lawyers, however the spirit of the law is clear.  This, he stresses, is the need to do everything possible to ease the lot of all participants in protests and mass events from Nov 21 to Dec 26 in any part of Ukraine.