Chornovol believes Yanukovych ordered the attack on her 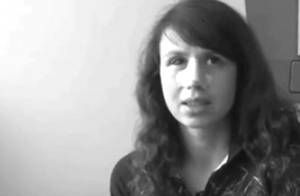 On a day that saw Health Ministry claims that Tetyana Chornovol was able to be discharged from hospital angrily refuted by the journalist and her husband, Chornovol has stated that she considers that the order for her attack came from the president.

In an interview  to Hromadskie TV on Tuesday evening, investigative journalist and civic activist, Tetyana Chornovol was asked who she suspects of the attack on her.  She said that she had been thinking about this and pointed out that over the last three years she had worked against one man, the president Viktor Yanukovych.  All the others, she said, were there solely because they worked in Yanukovych’s team and in his interests.  She believes therefore that she was on the president's blacklist.

“Asked if she considered that the order for her attack had been issued by Yanukovych himself, Chornovol answered “Yes, at present I think it was like that”.  She suggests there were personal reasons, that she had taken several steps “which irritated him personally and members of his family. That concerns his residence”.   She argues that it is Yanukovych who monopolizes the power in the country, and he bears responsibility for destruction of those who work against the machine he has built.  She therefore suspects Interior Minister, Vitaliy Zakharchenko only as implementer of Yanukovych’s will.

Earlier on Tuesday, efforts to discharge Chornovol from hospital only 13 days after the attack were met with resistance from the journalist herself and her husband, and questions as to the grounds for such haste.  The haste can only fuel serious concerns regarding the investigation

Chornovol was forced off the road in the early hours of Dec 25, and then beaten systematically around the head, before being left unconscious.  Chornovol, who suffered a broken nose, other serious facial injuries as well as concussion, believes that her attackers thought her dead.  Since she had blood in the lungs hampering her breathing and might not have been found before morning, the attack could clearly have been fatal.

In an interview given to TSN on Jan 5, Chornovol explained that although the terrible headaches have eased off, she still suffers dizziness when trying to sit at her computer.

The Health Ministry announced on Tuesday that a team of doctors had examined Chornovol on Jan 6.  It asserted that the doctors had found her condition to be stable and satisfactory, and say that she no longer needs hospital care.

Her husband, Mykola Berezovy was blunt in refuting the ministry’s assertion.  He pointed out that his wife has a permanently high temperature, and can’t walk 10 metres without becoming dizzy.

Later Chornovol herself commented, calling the statement lies and low behaviour on the part of the ministry.  She said that nobody had suggested that she discharge herself, but they did want to get her out as soon as possible. She believes that the people who beat her are being protected by the authorities who want to get the mildest sentence possible for them and therefore have an interest in getting her released quickly.  A week ago Berezovy warned that the authorities were attempting to minimize the injuries which his wife had sustained, and said that this was aimed at preventing the truth from being revealed about the attack.

The Health Ministry’s report comes amid silence about the investigation itself.  The last evidence of any activity by the investigators was the Dec 30 update  provided to foreign diplomats by chief investigator Mykola Chychyn.

As reported, Chychyn’s briefing to a foreign audience did not contain any of the unsubstantiated allegations he had made just two days earlier about supposed links with opposition MPs, including leader of Udar Vitaliy Klitschko and his brother, Volodymyr.

Five men have been remanded in custody for 2 months in connection with the attack.  Should the investigators have felt that arithmetic was on their side, and that they could comfortably relax over the New Year and Christmas break, their confidence is not shared.

The five men include the former owner of the Porsche Cayenne car used in the attack, Oleksandr Khramtsov, who appears to have a cast iron alibi and Andriy Nasikovsky who was detained at the same time, but whose link to the crime seems tenuous.

The third man arrested was declared wanted for questioning the evening following the attack and was taken into custody on Dec 26.  Serhiy Kotenko, the actual owner of the Porsche Cayenne, asserts that he was tricked into allowing two men to drive his car, and that it was they who carried out the attack while he sat in the back seat of the car. The video footage casts doubt about where he was in the car, and certainly the idea that he should have handed over the keys to two men of thuggish appearance, one with a broken nose, who had agreed to meet him at 11 p.m. is at very least novel.

It should be stressed that it is thanks to Chornovol herself, not the investigators, that the apparent link Kotenko and the crime was immediately established.  She had the presence of mind to turn on the video recorder on her dashboard and this recorded the attack, and gave clear shots of the number plate of the other car involved.

On the other hand, the car was found abandoned in the area the next day.  This would surely provide backing to Kotenko’s claims.  Kotenko was briefly a co-owner of the TVi licence which gave a pretext, albeit flimsy, for scandalous assertions about opposition links with the attack on Chornovol

Two other men are in custody: Kotenko’s brother, Oleksandr and Roman Zalyubovsky . a 34-year-old security guard from Dniprodzerzhynsk.  The latter has claimed to have come to Kyiv to buy the Porsche Cayenne and admitted to attacking Chornovol.  It seems likely, therefore, that he is the one man whom Chornovol has been able to identify as one of her assailants.  It seems equally probable that the man now wanted for questioning is the second.  This leaves Oleksandr Kotenko remanded in custody for 2 months although, from the information provided to foreign diplomats, there is nothing linking him with the crime.  He is, however, pivotal to Chychyn’s allegations of connections with the Klitschko brothers and opposition.  As reported, these have been dismissed as unforgivably ignorant and inaccurate by former police general, Volodymyr Dakhnovsky.

Despite the lack of any apparent activity in the Chornovol investigation, it cannot be said that all Ukraine’s police officers are holidaying it at the moment.  The traffic police have been highly active since Dec 29 inchasing,  detaining and even bringing criminal charges against activists involved in the AutoMaidan car rally to the president’s controversial estate at Mezhyhirya and protest outside the Interior Minister, Vitaliy Zakharchenko’s vast residence outside Kyiv.  The latter is also linked with Chornovol, both because she had posted highly telling photos of this residence hours before her attack and because the activists were demanding Zakharchenko’s dismissal as a reaction to the assault.

On Jan 7, more than 10 days after the amnesty bill came into force, three men facing politically motivated charges linked with the EuroMaidan protests and the lawyer of one of them remain in custody.  The prosecution claimed that they should be detained as being a danger to society.  And a man whose name and address are doubtless known to the police, who is suspected of carrying out a savage attack on a woman journalist and then leaving her for dead remains at liberty.