Where is the investigation into last week’s carnage? 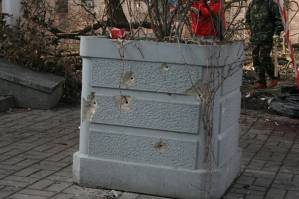 EuroMaidan SOS has publically called on Acting Interior Minister Arsen Avakov to provide answers regarding the apparent lack of investigation into the shooting of protesters on 19 and 20 February.

They are constantly asked by EuroMaidan activists why the police are not actively gathering evidence regarding the shootings on Institutska St.

“The guys say that nobody has carried out any investigative work on Institutska St. There’ve been no experts. Two days have already passed. A lot of traces have been destroyed. Where is the investigation? There’s two days work there for 50 specialists! “