Turkish journalists stopped for giving the lie to Russian denials 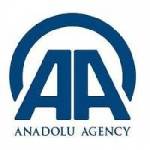 The Turkish press agency Anadolu has reported that its correspondents were detained on March 9 by Russian soldiers. The reason: the journalists had taken video footage of a column of 50 military vehicles near Kerch in the Crimea.

“The Anadolu agency correspondents were stopped by Russian soldiers in the Crimea who prevented them getting into Kerch.  This was after the journalists filmed a military column with almost 50 vehicles which was leaving the city”.

The Russian soldiers tried to take the video recorder away and then forced the journalists to remove the incriminating video footage and also refused to let the film crew accompany them.

The Kremlin has denied that its military is being deployed in the Crimea although large numbers of military officers in armoured personnel carriers and other military equipment have been pouring into the Crimea.