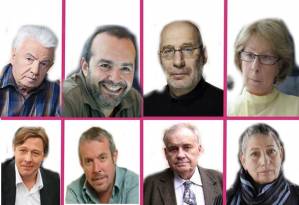 An appeal launched in Russian has been endorsed by almost 100 prominent Russian writers, musicians, academics, political analysts, human rights activists and others.

“Our country has been drawn into the most dangerous of gambles. Under the slogan “We will defend Russians in the Crimea, and also all Ukrainians from the new illegitimate fascist regime in Ukraine!” , the effective annexation of the Crimea has already taken place. International law has been flagrantly infringed, together with the principles of European security and stability. Russia is rapidly sliding towards a new cold war with the West, the grave consequences of which are impossible to predict.

There are unrestrained torrents of lies and disinformation in all Russian state media, while a deafening propaganda campaign has been launched against all who try to question the actions of the authorities and point out their disastrous consequences for the country and for the people. All who disagree with the official line are subjected to wholesale defamation, get called a “fifth column” and “fascists”.  And there are plenty of dissenting voices. You only need to read the media which is not subject to censorship and the numerous views expressed on social networks to see that political analysts; economists; people professionally involved in foreign police; as well as simply people with some degree of social sensitivity are warning that Russia is moving towards a real catastrophe – economic, political and humanitarian.

Anti-war statements have been made by Russian PEN Centre writers; the Human Rights Council which unites the heads of the most well-known human rights organizations; cinematographers; academics; environmentalists; Russian rock stars (Boris Grebenshchikov; Andrei Makarevych; Yury Shevchuk; and Viacheslav Butusov) and many others.”

The authors of the appeal write that the views of the intelligentsia who don’t agree with the administration’s policy need to be expressed more clearly and loudly.  They therefore propose holding a congress of the Russian intelligentsia in the near future to which they will invite representatives of Ukraine’s intelligentsia.  At this congress they will not only express their position regarding events unfolding, but will also try to find a way out of the situation to enable the possibility of some kind of decent life for their country in the foreseeable future.

The appeal is open for endorsement.  The list of those who have already signed it can be seen here: http://novayagazeta.ru/news/1679348.html

As well as the above-mentioned musicians, it includes writers: Andrei Bitov; Vladimir Voinovich; Viktor Yerofeev; Victor Shenderovich; veterans of the human rights movement Sergei Kovalev and Ludmila Alexeeva and very many others.