"Segodnya" journalists attacked in the CrimeaAbducted journalists and activists releasedSevastopol EuroMaidan organizer detainedMore abductions in the Crimea (updated)Urgent Appeal from residents of the CrimeaRussian troops already deployed in mainland UkraineThe Crimea is our Home: Get your troops out!Crimean "referendum" a grotesque farceCrimean Tatars call on all Crimeans to boycott "referendum"Avoiding Ukraine’s language minefieldsChief Rabbi and others dismiss Putin’s “anti-Semitic extremist” claimsRussian propaganda must be challengedWestern Media: Don’t distort the situation in Ukraine!Russia’s aggression poses dangers beyond Ukraine’s bordersCrimea: Anti-Semitic card and other provocation in time of siegeMr Putin: We ethnic Russians and Russian speakers don’t need protectionDangerously orchestrated Crimean exerciseRussia claims threat to its interests and life of Russian nationals in UkraineBlood and Berkut Sniper Bullets on the President’s HandsMustafa Dzhemiliev on Maidan: I’m proud of you, dear fellow Ukrainians
• Topics / Freedom of expression 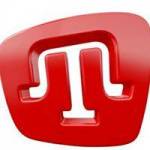 In Simferopol on Tuesday afternoon a journalist and cameraman from the Crimean Tatar TV channel ATR were taken hostage. ATR reported live that journalist Ibraim Umerov and the cameraman had been seized by armed men near the car showrooms "Bohdan Auto" in Simferopol.

Viewers had previously seen how several armed men ran towards the film crew which was filming the car showroom territory. The men with automatic rifles made some strong comments, then the focus went, and contact was lost.

The journalists had been filming the car showrooms after the latter were seized by over 10 armed men.