Ukrainian Greek-Catholic priest in Sevastopol abducted .. by police (update)Another activist disappears in CrimeaAbducted activist Andriy Shchekun removed for “subversive activities”More abductions in the Crimea (updated)Urgent Appeal from residents of the CrimeaRussian troops already deployed in mainland UkraineThe Crimea is our Home: Get your troops out!Crimean "referendum" a grotesque farceCrimean Tatars call on all Crimeans to boycott "referendum"Avoiding Ukraine’s language minefieldsChief Rabbi and others dismiss Putin’s “anti-Semitic extremist” claimsRussian propaganda must be challengedWestern Media: Don’t distort the situation in Ukraine!Russia’s aggression poses dangers beyond Ukraine’s bordersCrimea: Anti-Semitic card and other provocation in time of siegeMr Putin: We ethnic Russians and Russian speakers don’t need protectionDangerously orchestrated Crimean exerciseRussia claims threat to its interests and life of Russian nationals in UkraineBlood and Berkut Sniper Bullets on the President’s HandsMustafa Dzhemiliev on Maidan: I’m proud of you, dear fellow Ukrainians
• Topics / Freedom of conscience and religion

It was doubtless not Vladimir Putin’s intention, but Russia’s military aggression has proven a strong uniting force among religious believers.  Ukraine’s three main churches are working together in providing spiritual and moral support to Ukraine’s soldiers stationed on the southern border between mainland Ukraine and the Crimea.  At the same time, pressure on the Orthodox Church of the Kyiv Patriarchate has prompted the Crimean Tatars to offer their mosques for church services.  Archbishop Zorya has expressed gratitude and said that they will certainly take up the offer if the situation gets worse.

The situation in the Crimea is also likely to deteriorate for the peninsula’s Muslim community.  Said Ismailov, Mufti of the Spiritual Directorate of Muslims of Ukraine, believes it possible that muftis from Russia could be brought in to the Crimea, although he predicts that the Crimean Tatars will not recognize them.  “There is no schism in the Crimea. At present we are seeing that the Crimean Tatars have united more closely because misfortunately has come to their homes and is consolidating them.”

The Ukrainian Orthodox Church (linked, at least until now, with the Moscow Patriarchate) and Orthodox Church of the Kyiv Patriarchate have announced that they have begun dialogue on various issues, including possible merger into one united Orthodox Church of Ukraine.  While noticeably absent from Putin’s speech to the Russian Duma on March 17 regarding Crimea, Patriarch Kirill of the Russian Orthodox Church has certainly not criticized the military aggression. Furthermore, Metropolitan Hilarion, head of the Department for External Church Relations is reported to have strongly criticized the heads of the Ukrainian Greek Catholic Church for supposed “meddling in politics”.  The Russian authorities have begun criticizing what they claim to be religious discrimination against Moscow Patriarchate believers.

Some of the priests of the Ukrainian Orthodox Church; the Orthodox Church of the Kyiv Patriarchate; and the Greek Catholic Church in the Kherson oblast can be seen in a moving video here http://risu.org.ua/ua/index/all_news/community/faith_and_weapon/55905/ . They are concerned only to provide whatever support the Ukrainian soldiers and their families need at a time of enormous tension and hardship. 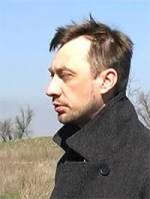 Father Serhiy Dmitriev (UOC) explains that at the beginning they also provided practical assistance, finding out what the men needed, acting as messengers to the community and the local regional administrations.

Residents of neighbouring regions immediately set to answering the call for practical items and over 200 thousand UAH was collected (a substantial figure for any region of Ukraine where incomes in general are very low).

Father Serhiy says that the situation at the border, especially in the Trans-Dniester and Odessa regions, has become much more acute over the last three days.  Additional military forces have been sent and priests have therefore gone to hold prayers, and counsel the men. He adds that Russian compound helicopters fly over them about 5 times a day, and they all waiting for “further development of events”.

Mobile groups of priests travel between military units along the border. Fortunately, the abductions originally reported where Russian soldiers tried to take prisoners stopped once the numbers increased at Ukrainian stop-posts.

Both local inhabitants and church representatives are also helping to catch provocateurs and Russian reconnaissance agents.

No mention is made of how Jewish soldiers are coping, however during the three months of protests on Maidan and at the funerals of some of the Jewish Maidan activists killed by Berkut police snipers, both rabbis and representatives of Christian churches joined in prayer.  Jewish religious and secular figures have, as reported, also come out firmly against the Russian propaganda, especially the claims of mounting anti-Semitism.

The messages pushed by Russian propaganda of a country deeply divided, of religious discrimination and minorities, especially the Jewish community, under siege and terrified by the “fascists” in power are once against foundering.   Whether the weight of sheer military force prevails, Russia’s moral bankruptcy is absolute.