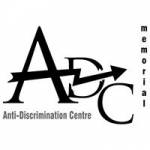 Two Russian court rulings on April 8 have left an important human rights NGO defending victims of racism and xenophobia with no choice but to terminate its activities.  On Tuesday, Russia’s Constitutional Court upheld the “foreign agents law”.  It found no violation in the demand to place NGO receiving foreign grants and engaging in what are extremely loosely termed “political activities” in a special register of “foreign agents”.  The Court claimed that this only promoted the NGO’s transparency.

The Constitutional Court judgement was followed a few hours later by a ruling from the St Petersburg City Court which rejected the Anti-Discrimination Centre’s appeal against a court order forcing it to register as a “foreign agent”.

The “political activities in question refer to the Centre’s report: Roma, Migrants and Activists: The Victims of Police Abuse, which was submitted to the UN Committee against Torture in November 2012.  The first two attempts by the Russian Prosecutor’s office to have this declared “political activities” and thus force the Centre to register as a “foreign agent” failed, however in December 2013, a further attempt was accepted by a St Petersburg court.

Sergei Nikitin, Director of AI’s Moscow office the ruling a legal assault on the whole of civil society in Russia.  The decision, he says, “is in line with the prevailing tendency promoted by the Russian government to stamp its authority on any civil society activity. It sets a dangerous precedent which could be used against other NGOs, ”

“The Russian authorities are deliberately depriving Russian society of an alternative voice, of checks and balances to the government’s actions. They attack anybody who dares to criticize them.”

Similar restrictions in Ukraine on supposed “foreign agents” were introduced in the January 16 repressive laws pushed through parliament in an attempt to crush the EuroMaidan protests.  They only strengthened protest and were revoked on Jan 28, although a similar draft law was immediately tabled by Vadim Kolesnichenko, the Party of the Regions MP notorious for tabling Russian look-alike draft laws.