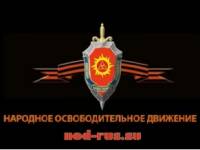 Moscow places too much reliance on its propaganda-saturated media when orchestrating the “separatist disturbances” in eastern Ukraine. The anti-Semitic pronouncements and far-right credentials of a large number of the pro-Russian militants who have seized control in various east Ukrainian cities are making Russia’s unconditional support look highly questionable.

The Euro-Asian Jewish Congress has posted a video produced by the armed pro-Russian separatists who, aided by Russian military specialists, seized control in Slovyansk a week ago.  As reported, these militants have shown particular animosity towards journalists, many of whom have left the city.  On April 17 they seized the TV tower providing a signal to Slovyansk and other cities in the Donetsk oblast: Kramatorsk, Horlivka and Makiyivka.  Ukrainian channels were removed from air, with Russian propaganda channels given the frequencies.

Motley anti-Semites have a tendency of making themselves heard on April 20 [Adolf Hitler’s birthday] and this, quite literally, is what the pro-Russian militants did by starting up their own TV channel.  Their presentation video can be seen here

The three activists’ boast about their imminent  “victory” with this described in overly anti-Semitic mode. “Here, from Slovyansk, we are inflicting a powerful information conceptual blow to the biblical matrix … to Zionist zombie broadcasting”.  They assert that a new page in history is beginning in Slovyansk and that they are “undermining the pillar of the totalitarian pyramid”.  They say that they have blocked the “enemy TV channel Inter, and that people will finally be able to hear the truth.

This truth, in their rendition, is presented in a lecture by Konstantin Petrov, a Soviet and then Russian Federation General who died in 2009.  EACJ calls him the leader of a Russian anti-Semitic and neo-pagan national-Stalinist sect and the political party around it – “Course of Truth and Unity”.

It is quite possible that the appallingly anti-Semitic leaflets handed to worshippers outside the Donetsk Synagogue on April 15 did not come, as claimed, from the separatist Donetsk People’s Republic.  On the other hand, Donetsk’s Rabbi Vyshedski has asked the authorities in Kyiv to protect the city’s Jewish population following the incident and points out that the press secretary of the self-styled republic, Alexander Kryakov is known for his anti-Semitic views. Nor is he alone.  There have been anti-Semitic pronouncements against the governor of Dnipropetrovsk, Ihor Kolomoisky, quoted by Cursor as coming from “Slavonic Shield” whose members are also gunning for Donbas joining the Russian Federation.  More details of other anti-Semitic fans of Russia can be found in the links below.

Ilya Ponomarev, the only MP in the Russian State Duma who voted against Russia’s annexation of the Crimea has just returned from a visit to Ukraine and tells his readers on Ekho Moskvy that there are no more radical nationalists in Ukraine than there are skinheads in Russia.

“All these fairytales about a Banderite uprising and Ukrainian fascism are horror stories from our television aimed at scaring the population and brainwashing with the role of the Right Sector seriously exaggerated”.

One of the elements of this horror story told by, among others, Vladimir Putin is the supposedly rabid anti-Semitism of the new government and EuroMaidan in general. The only anti-Semitic vandalism seen in Simferopol in 20 years occurred just after the Russian invasion of the Crimea.  The same can be said of the Donbas region which has now even received its first ever anti-Semitic channel courtesy of pro-Russian separatists.  That is some propaganda anti-coup.