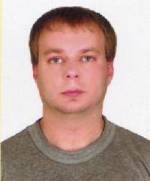 A journalist, well-known theatre producer and his colleague have disappeared in Slovyansk and are believed to be in the hands of the pro-Russian militants. Meanwhile two brothers – journalist Yevhen Hapych and his brother Hennady have been freed and are at home.

At around 20.00 on Friday evening, Yury Lelyavsky, a Lviv journalist freelancing for the TV channel ZIK was seized and taken by force to one of the official buildings under pro-Russian militant control. Of particular concern is the fact that he was deemed suspicious because he has Lviv registration.

Viktor Halkin from Telekritika reports that he received a phone call from Lelyavsky at around 19.30, asking him for a number and explaining that he was being held by some people who were “arresting him” and claiming that he was a provocateur. Halkin thinks he heard  Lelyavsky say that he was a journalist and then the call was cut off. There has been no contact with him since then.

There has also been no contact with theatre director Pavlo Yurov and Denys Hryshchuk have also been missing since they told people that they were walking around Slovyansk.  Since around 18.00 on April 25 there has been no contact with either man.  The two had come to Slovyansk for the day from Donetsk.  Both are Russian-speakers and not activists.

One good piece of news is that Yevhen and Hennady Hapych were freed on April 25.  The pro-Russian militants have taken a number of people hostage. They are also believed to be complicit in the killing of Horlivka city council deputy Volodymyr Rybak and 19-year-old student Yury Popravko.