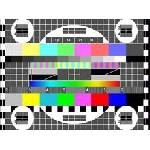 UNIAN reports that armed men have cut off the digital broadcasting of all Ukrainian TV channels, and Channel 5 and the State-owned UTV-1 from the analogue package.

At around 2.30 p.m. on April 28, armed men broke into the television tower and changed the channels to Russian ones in the same way as in the Crimea. UNIAN’s sources say that this was not the work of local specialists, and that the armed men brought in non-Ukrainian specialists and special equipment for receiving Russian TV channels. The reports suggest that some districts of Donetsk have been cut off from Ukrainian channels altogether.

The television tower provides a single to Donetsk; Makiyivka; Horlivka; and others. At present employees of the RRT concern in charge of the TV tower are in the building, however it is the men who seized the premises who have been involved in switching the equipment.

One of the first things that the puppet government in Crimea did following Russia’s military intervention was to remove Ukrainian channels and bring in only Russian ones.  It takes only an hour (if that) of watching Russian TV coverage of the situation in Ukraine to understand why this is such a priority. All of the lies which have been noted and denounced by the US State Department and in numerous media reports are presented as the only version of reality.