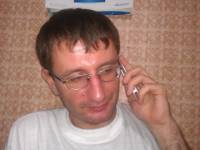 Volyn Post reports that its journalist, Serhiy Shapoval, has been released three weeks after being abducted by Donetsk militants.  He is currently in Kyiv and has spoken with colleagues by telephone. He told them that he had been held in a room in the Donetsk regional administration all three weeks, and that he was tortured and interrogated by his captors, from the ‘People’s Militia of Donbas’.

He says that he was released thanks to the intervention of some politicians and taken by plane to Kyiv.   He later named Viktor Medvedchuk and Nestor Shufrich.  Medvedchuk is now leader of the party Ukrainian Choice, and well-known for very strong pro-Russsian views and links with Moscow.

According to his sister, Kateryna Shapoval, Serhiy was seized on April 26 and held all the time in a room by himself, with a mattress on the floor and a bucket to use as a toilet.  He was normally given food once a day, however over the last two days received nothing to eat or drink.

She says that he was tortured, with electric shock being applied, the palms of his hands cut.  He was forced to read out on camera texts asserting that the ‘people’s militia’ were in fact peaceful civilians and that they didn’t have weapons.  These were broadcast on the militants’ channel and also ‘Anna-News’ from a Russian TV channe (see Strange contact from abducted journalist)