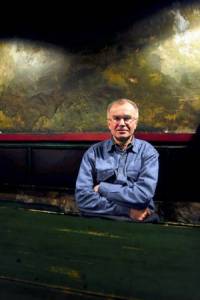 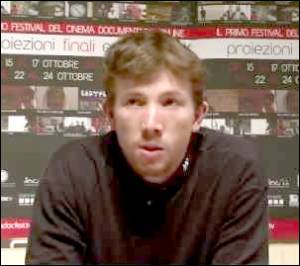 Andrei Mironov and Andrea Rocchelli died on Saturday night on the outskirts of Slovyansk.  They were in an area where government forces are fighting the pro-Russian militants who have seized control of the city and it is not clear whose fire they came under.   A third man, French photographer William Roguelon who was travelling with them was slightly injured.

Both Andrei Mironov and Andrea Rocchelli sought in their different ways to show the real side - and suffering – of such conflict areas.  Just one day earlier, Andrea Rocchelli wrote in a letter to Radio Svoboda: that he was in Slovyansk together with a former Soviet dissident, Andrei Mironov, documenting the everyday life of ordinary people who are suffering from violence.  He wrote that there is mounting anger at what is going on, but also very great fear.

The words are hideously poignant, the anger intense, including over the senseless deaths of these two men.

Andrea Rocchelli was 30 years old and had a baby daughter.  He was the founder of the Cesura association of press photographers, and had worked in many trouble areas, including Chechnya and Afghanistan. For several months he covered the events on Maidan in Kyiv.

60-year-old Andrei Mirononv worked as a journalist and interpreter, and was also a member of the Memorial  Human Rights Centre.  He was sentenced in 1985 to four years in a Soviet labour camp, then three years in exile for distributing Samizdat literature.  It was in labour camp that he learned Italian.  He too was always to be found in trouble areas, trying to find out and circulate the truth about what was happening.  Alexander Cherkasov, head of the Memorial Centre says that this was “Andrei Mironov’s mission – to be in such places and provide people truthful information from there”.  Truthful information is particularly lacking at present in Russia where most media, especially TV channels have been presenting a gravely distorted story of events in Ukraine. .

Andrei Mironov’s death is a terrible loss for all those who knew him, and for Russia which so urgently needs voices which refuse to stay silent.  The deaths of both these men are a blow to all those in Ukraine whose lives have been torn apart by Kremlin-backed ‘separatists’ and military conflict, who need their voices to be heard.