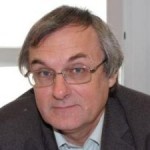 Alexei Svyetikov, head of the Luhansk Regional Branch of the Committee of Voters of Ukraine [CVU] and editor of the Internet site ‘Today in Severodonetsk’ has been driven into exile.  The site is still running, but from Kyiv, because of very serious threats to its authors’ safety.

Kremlin-backed militants from the so-called ‘Army of the South-East’ carried out a ‘purge’ of the local Internet sites in Severodonetsk, with other sites such as «Новости Северодонецка»   and the forum site «Северодонецких форумов» affected.

In Svyetikov’s case, a member of this ‘army’ contacted him and suggested they meet “to discuss the situation”.  He has known this person for a long time and therefore, on the latter’s guarantee that Svyetikov would not end up a hostage in the SBU basement in Luhansk, he agreed to the meeting.  Svyetikov went alone, the acquaintance was there with another representative of the militants who took charge of the conversation.  Svyetikov did not know this person, presented as Andrei, but says that he is undoubtedly a local.

Andrei claimed that ‘Today in Severodonetsk’ was “for good money” spreading false information and that something needed to be done.  Svyetikov put forward the editorial policy according to which they check all information, serve nobody, and pointed out that the publication is Svyetikov’s personal project which does not have outside funding.

The key demand put was that the publication present the militants’ position and it was clear that this was not meant as a one-off publication.  Having good grounds for fearing the consequences when they did not publish what the militants demanded, but not prepared to give up a vital information source for the city, it’s place of publication has been transferred (together, at least, with its editor) to Kyiv.