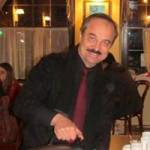 Kremlin-backed militants are reported to have abducted Oleg Zhelnakov, Donetsk EuroMaidan and civic activist.  His disappearance was reported by other EuroMaidan activists.  They say that Zhelnakov has been beaten and attacked by opponents many times and has been on the militants’ blacklist.

Zhelnakov was planning to leave Donetsk on June 6, however around 19.20 that evening witnesses saw him being forced into the SBU building in Donetsk which is under the control of the terrorists. There has been no contact with him since then.

UNIAN also reports that in the night of June 6 fighters of the self-proclaimed Donetsk People’s Republic abducted the Alexandrovsk settlement mayor and his deputy.  They are also believed to be in the SBU building.