Luhansk civic activist dies after being abducted by Kremlin-backed militants 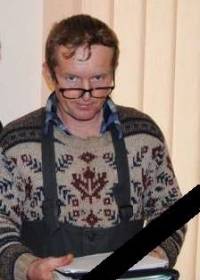 Alexander Reshetnyak, a Luhansk EuroMaidan activist has died in intensive care after being tortured by militants from the self-proclaimed Luhansk People’s Republic.

He had been abducted on June 10, and brought to hospital two days later, on June 12, with multiple life-threatening injuries, including a bullet wound.

“After two days being tortured in the SBU building, and a penetrating wound to the back, Sasha fought for his life for three days in the Luhansk Regional Hospital in intensive care. The LPR militants tortured Reshetnyak hoping to obtain information about places where the Ukrainian army and patriotic battalion Aidar (who yesterday liberated Shchastye) were deployed. The militants didn’t achieve anything, they just shot him in the back.

In the LPR leadership’s report, the butchers claim that he was injured trying to flee, however Sasha already had a broken leg, was in plaster and could only walk on crutches.  How could he ‘flee’?  "