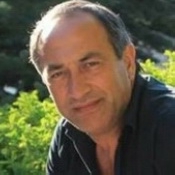 Seyitislyam Kyshveyev, director of the Crimean Tatar programmes on the State-owned Krym TV and radio channels has been dismissed supposedly on the basis of an internal investigation. Kysheyev however says that they first proposed that he ‘leave at his own request’.  It was after he refused, that they used the article of the labour code on ‘systematic failure to carry out ones duties without a good reason’.

The formal pretext for the dismissal was that the editorial office is not providing verbatim translation of Crimean Tatar programmes into Russian.  Kyshveyev says that he had tried for several years to develop a proper system of simultaneous translation, but had never received the necessary technology and number of translators needed.

On June 25 the Chief Editor of the programmes, Ganiev Shevket was dismissed under the same article of the labour code. He managed to prove that this was unlawful and was reinstated, however only on the basis of a labour contract which is terminated when the period expires.

Kyshveyev says that the situation in TRC Krym is resembling the repressions of the 1930s with staff persecuted for having their own views. He believes that places are being freed up for those more loyal to the new occupation regime.

From a report at QHA