BBC says no to Russian censor over Siberian autonomy activist 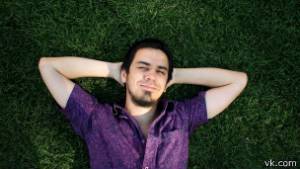 With the Russian authorities banning a planned peaceful march in favour of Siberian autonomy and threatening media outlets who report the event, the BBC Russian Service has refused to give in to censorship.  It has stated that it has no intention of removing the interview it took of Novosibirsk artist and activist Artem Loskutov from Aug 2.

Roskomnadzor, Russia’s media and Internet surveillance body, has reacted by saying that it plans to carry out an additional check of the interview with Loskutov.  It states that this is in connection with statements from the BBC management about changes made to the material “and to avoid incorrect application of federal law No. 398 which could violate the interests of listeners and readers of the Russian BBC’s site”   It would be premature, Roskomnadzor says, to talk about possible measures with respect to the BBC.

The BBC points out that it always tries to present all sides to an issue and had asked representatives of the Russian authorities for an interview where they could have presented their position on the march.

As reported here, the Russian authorities are increasingly preferring more repressive measures. A large number of media, including some in Ukraine, were warned that they would be blocked if they did not remove information about the March for Siberian Federalization.  By the end of August 4 17 websites had been threatened with consequences and the VKontakte social network site had been ordered by the prosecutor general to block the page about the march.  According to the BBC, the page was shut down after discussion of the campaign began to build online, with some people comparing it to protests in Kiev that brought down Ukraine’s pro-Russian government earlier this year.  Russian analyst Andrei Piontkovsky told Radio Svoboda that the authorities in Moscow are terrified of the march.

With more and more sites reporting the planned event, and information spreading throughout the world, the Russian authorities found nothing better than to ban the march altogether.

The activists are now planning another march for the same day in defence of the constitutional order, and specifically the principle of federalism enshrined in Articles 1 and 5 of the Constitution.  They have also made a complaint with the Prosecutor’s office in connection with the actions of the Novosibirsk authorities under Article 149 of the Russian Criminal Code (obstructing a meeting, rally or procession).