There is more and more evidence that Russian soldiers are fighting – and dying – on Ukrainian territory, and that the so-called ‘humanitarian convoy’ may have been used to take the dead back to Russia, including paratroopers from Pskov killed near Luhansk

A day of mourning has been declared in the Russian city of Pskov on Aug 26.  This comes five days after the Ukrainian armed captured two armed personnel carriers and reportedly discovered documents identifying men as paratroopers from the Pskov airborne brigade No. 74268.  It has long been known that a large number of Russian mercenaries, as well as some supporters of the Russian neo-fascist ideologue Alexander Dugin are fighting against the Ukrainian army. This, however, was the first serious evidence that Russian military personnel are also involved.

Reports at the time, such as Kyiv Post’s “Ukraine gets new evidence of Russian soldiers fighting on its turf” were vehemently denied by Russia’s defence ministry, though no credible explanation appears to have been offered for the large number of documents found.  These included the passport of Nikolay Krygin from Pskov and a journal with the names of other soldiers presumably also engaged in the military action.

The information provided in a blog by Yelena Vasilyeva at Ekho Moskvy has all been reported by other sources, including Russian opposition politician Boris Nemtsov.  In her article entitled “Cargo 200 from Ukraine to Russia”, Vasilyeva notes that the authorities are claiming that several paratroopers from the Pskov airborne division blew themselves up during training at the shooting range near Pskov.  There are only rumours about the number of men killed, some say ten, others fifteen.   In the village of Vybuty (Pskov oblast) the funeral took place on Monday of some or all of the paratroopers. Slon.ru reports that one of its local sources was able to attend the ceremony in church.  The dates and circumstances of the men’s death were not revealed, only their names.  The ceremony was guarded by police, and strangers were not admitted.  Slon.ru mentions that there are also reports of deaths of servicemen from other regions of Ukraine.

The dates don’t add up

The Minister of Defence Sergey Shoygu is reported to have gone to Pskov on Aug 22.   Information about the deaths of the Pskov paratroopers came after this date, reason to believe that paratroopers had been in eastern Ukraine, and reports that a large number of women in Pskov were in black – before his visit.

Shoygu was expected to take part in a ceremony handing out the Suvorov order to members of a Pskov paratrooper division.

The Suvorov Order is awarded for military action.   Whether this was action in eastern Ukraine or in the Crimea is not clear, but it was not for helping farmers with the harvest.  Vasilyeva is adamant that the order cannot be awarded in peacetime.  President Vladimir Putin’s decree No. 571 from Aug 18, 2014 regarding the awards, she says, “is official documentary confirmation that Russian Federation military forces have launched and are waging war against Ukraine on its territory.”

Vasilyeva writes that most people in Pskov, and in other cities, are so brainwashed that they are convinced that Ukraine has been destroyed, bombed to hell by the Ukrainian military with the help of the Americans and NATO.  They are genuinely grateful to Putin believing that he has not brought Russian soldiers into Ukraine and “has saved thousands of innocent lives and Russian soldiers”.

Vasilyeva reports that the bodies of paratroopers have been returned to Pskov in white KAMAZ trucks.  The only white Russian military trucks are those which gained world attention over the last weeks when Russia announced that it was sending a ‘humanitarian convoy’ to Ukraine.  Not only were the contents of many of the trucks not checked, but the trucks entered Ukraine illegally and were accompanied only by Kremlin-backed militants.  As a likely load on their way back, “freight 200” [the code number for bodies] had seemed possible, and this does indeed seem to have been the case..  Vasilyeva writes that information finally started seeping through all social networks, despite efforts by the security service to remove posts.  According to the author, the morgue in Rostov (Russia) is also overfilled with bodies.

A Facebook group has been formed entitled  “Cargo 200 from Ukraine to Russia” on which people try to gather all information available about contracted and conscripted soldiers killed in Ukraine.  The starkest message reads: “Russian: Is your son, brother, friend serving in the army, especially the paratroopers?.  CONTACT HIM URGENTLY!  MAYBE HE’S ALREADY BEEN KILLED?  After all the Russian army is so very definitely “not fighting” on Ukrainian territory!.” 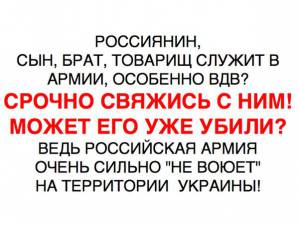 Is there proof? Incontrovertible evidence is always difficult to find and none of the details above can be confirmed.  They do, however, coincide with numerous reports, together with video footage, from witnesses in Ukraine.  These are backed up by Polish television and the viewings by many journalists who were following the so-called humanitarian convoy, including two UK journalists who saw military vehicles cross the border.

The use of “military personnel” has also been confirmed by NATO and the USA.  Neither they nor Germany and France seem in a hurry to broadcast this too loudly, doubtless fearing the consequences.

With a number of tanks reliably reported to have crossed into Ukraine on Monday morning, Ukrainians, Poles and the Baltic republics are, on the contrary, all too well aware of the consequences of continued western failure to do more than express strong concern.