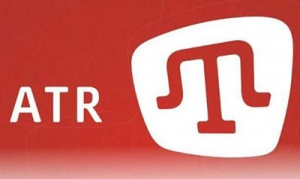 Shevket Namatullaev, ATR journalist has reported that the television channel has been accused of ‘extremism’.  On Wednesday the channel received a letter from the Centre for Countering Extremism.   It states that Roskomnadzor [the supervisory body increasingly turning into the Russian state censor] has been informed by the police that ATR ‘is persistently fostering the idea of possible repression on ethnic or religious grounds, is fostering the formation of anti-Russian public opinion and is deliberately stirring up distrust of the authorities and their actions among Crimean Tatars, with this indirectly creating the threat of extremist activities.”

It is clear from the accusations made that once again any suggestion that the Russian occupation authorities are harassing Crimean Tatars or infringing their rights will be termed ‘extremism’.

The Crimean Tatar Mejlis’ official newspaper ‘Avdet’ and its chief editor Shevket Kabullaev received a formal warning from the prosecutor’s office back in June over supposed  ‘propaganda of extremism’.  The prosecutor’s office considered that texts in the newspaper, using terms like ‘annexation’ and ‘occupation’, arouse tension in inter-ethnic relations and constitute extremist activity.

On July 24 Kabullaev was summoned for questioning to the FSB [Russian security service] over an alleged ‘denunciation’.  His newspaper and the Crimean Tatar newspaper ‘Kyyrym’ were accused of publishing calls to extremist activity.  The material involved regarded the decision by the Mejlis or representative body of the Crimean Tatar People to boycott the September elections.

These are only the most overt media-related cases of the very ominous wave of repression by the occupation regime against Crimean Tatars and especially the Mejlis, or representative assembly of the Crimean Tatars.

On Monday both the Crimean ‘prime minister’ installed by Russian armed forces Sergei Aksyonov and his ‘prosecutor’ Natalya Poklonskaya effectively threatened to deport or prosecute Crimean Tatars for ‘inciting inter-ethnic enmity’.  Both this and ‘extremism’ were once again the terms used to describe expression of opposition to Russia’s annexation of the Crimea and reports of serious harassment.