Chubarov: Crimea is descending into Terror and Fear 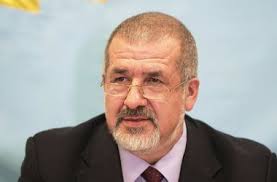 It is over 24 hours since two young Crimean Tatars were abducted from Sary-Su near Belogorsk in the Crimea.  At around 19.00 on Saturday evening, 19-year-old Islam Dzhepparov and his 23-year-old cousin Dzhevdet Islamov were forced into a dark blue Volkswagen Transporter by men in uniforms.  The minivan then headed off in the direction of Feodosiya.

Despite the young men’s families having immediately reported the abduction, and even provided the registration number of the vehicle, there is still no sign of them.  The police and FSB are also denying any involvement in their disappearance.

Refat Chubarov, head of the Crimean Tatar Mejlis, writes of the abduction in response to Russian foreign minister Sergei Lavrov’s claim that he “hadn’t heard of any problems”.

Chubarov points out that although the FSB appear to be searching for the young men, “it is clear that the FSB have established total control over the entire society in the Crimea. I can’t believe that a service which follows virtually every Crimean resident would have difficulty establishing who had carried out this latest act of violence against the Crimean Tatars”.

This, he notes, is while the Crimean authorities are continuing to support “at the highest level” the so-called ‘self-defence’ paramilitary units deployed since Russia occupied the Crimea in late February 2014.

These paramilitary thugs were almost certainly responsible for the abduction, torture and murder of 39-year-old Reshat Ametov in March. His abduction from outside the government building in Simferopol where he was holding a solitary protest against Russia’s invasion, was recorded on video.  There is no evidence that the authorities are even trying to find his murderers. They are also failing to take any measures to find three pro-Ukrainian civic activists - Timur Shaimardanov; Seiran Zinedinov and Leonid Korzh who disappeared within a week of each other in May.

Among the other problems that Lavrov claimed to have not heard of are the armed searches of Crimean Tatar homes, mosques, and religious schools, over the last weeks as well, of course, as the eviction of the Mejlis from its headquarters in Simferopol and the planned eviction of the Bakhchysarai Mejlis.

Lavrov was presumably hoping that his audience were not aware of the mounting offensive against the Crimean Tatars in their homeland.  Russia certainly pulled all levers in their attempts to prevent the Crimean Tatars even being represented at the UN Conference on Indigenous Peoples last week.  It was doubtless galling to Lavrov and Russian President Vladimir Putin that the two Crimean Tatar leaders  - Mustafa Dzhemiliev and Refat Chubarov - whom Russia has banned from their homeland were able to publicly speak of the mounting offensive being waged against Crimean Tatars.

This may be the reason for the new attack against Mustafa Dzhemiliev via his son Khaiser.  The latter has been moved from a detention centre in the Crimea to Russia’s Krasnodar region. This is in flagrant breach of a directive from the European Court of Human Rights which on July 10 applied Rule 39 ordering that Khaiser be released from custody.  Instead, the young man has been taken into Russia, with neither his family nor lawyers able to see him.

In August Mustafa Dzhemiliev recounted how he had been approached by Putin’s people who proposed a meeting which, they hinted, could determine whether or not Khaiser Dzhemiliev was released from custody.  His suspicions that his son was being used as a hostage are only confirmed by this latest move.

In Sary-Su a large number of Crimean Tatars gathered on Sunday at the home of one of the abducted young men, and are planning to come on Monday.  Abdureshit Dzhepparov says that the authorities have overstepped all limits when they force people to the floor in their own homes, and turn up at their schools and mosques. He stressed that Sergei Aksyonov, the Russian-installed Crimean prime minister should explain the authorities’ actions in relation to the Crimean Tatars.

Russia and its occupation regime in the Crimea are demonstrating terrifying contempt for rule of law, including the instructions from the European Court of Human Rights which are binding on Russia.

It is difficult not to suspect that this latest abduction is aimed at instilling an atmosphere of terror and forcing the Crimean Tatars to leave their homeland.  Lack of adequate response from the international community will only compound what Refat Chubarov calls “a state of terror and fear”.  An unfolding tragedy for the Crimean Tatar people and a frightening moral defeat before the rule of the fist.