Russia: new offensive brewing against NGOsRussian NGO branded as “foreign agent” after reporting on Russian military action in UkraineRussian NGO has list of 400 killed or wounded Russian soldiersIf Russia is not at war, then who is in those freshly-dug graves?Macabre Convoy: Cargo 200 from Ukraine to RussiaInvasion by any other nameHalf-empty or half-emptied?Poland knows about Russian ‘humanitarian convoys’. It didn’t let one in.Stand up to Putin: buy Polish apples!No Sanctions Game Changer?Will the West sleep through this final wake-up call?Russian LifeNews inadvertently told the truth about downed Malaysian airlineMilitants accused of deliberately shooting at Severodonetsk residential areaSent to be shotThe EU’s Opaque Dealings with UkraineWhose anti-Semitic and Homophobic Choice?What should they talk about, Mr Putin?The Peace that chokes RussiaEU’s Clear and Consistent Capitulation?Russian tanks and Ukrainian orphans in Moscow’s unabated offensive
• Topics / News from the CIS countries 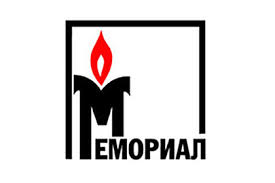 Russia’s Justice Ministry and the pro-Kremlin television channel NTV have launched a major attack aimed at destroying one of the most important human rights organizations now active in Russia.  The world-renowned Memorial society is known for its defence of Russian political prisoners; for revealing grave human rights crimes committed by the Russian federal forces; for its representation of the families of victims of the Katyń Massacre, and much more.

There is no official information as to the grounds for the Ministry’s move which follows attempts last year to force the organization and its regional branches to register as a ‘foreign agent’.  The application to the Supreme Court was lodged on Sept 25 and is due to be heard on Nov 13.

Jan Rachinski, co-head of the Moscow branch expects that the Ministry will cite what it claims to be infringements in Memorial’s organizational structure.  It is noticeable that the government news agency RIA Novosti, while also saying that the reason is unknown repeatedly mentions *  that Memorial’s “original main task was to preserve the memory of political repression in Russia.  Today the International Memorial Society carries out research, human rights and educational work.”* The ploy may well be to accuse Memorial of breaching the aims and activities it declared when founding the organization, and to create the impression that Memorial has deceived people.

The lies could not be more offensive.  Memorial has from its earliest days been committed to naming the victims of a murderous regime, to finding their graves, or at least giving their children or grandchildren the chance to finally learn their fate.  There is no overstating the importance of that role for Russians, Ukrainians, people from all other republics, but other roles have also been forced on the organization in more recent years.   Memorial itself calls its work “a combination of historical-educational work with human rights defence, aimed at eradicating present human rights violations. Both these directions are currently at the centre of the struggle. History is today again used by the state as a means of propaganda. The new state ideology proposes not criticizing, not analysing the past, instead being proud of it. Human rights activism is subjected to constant attack by the authorities. There is an active campaign on to discredit civic organizations in the eyes of the public.  Tools of control are being strengthened, and new quasi-civic organizations created”.

It seems ominously clear, however, from the report on the Gasprom owned NTV that Moscow is planning to use its ‘extremist’ card against Memorial. NTV’s report is entitled “Human rights activists from Memorial exposed supporting extremists” and begins:

“The Russian Justice Ministry has asked the Supreme Court to stop the activities of the Memorial Centre. The Human Rights Centre has been placed on the list of ‘foreign agents’, receives grants from abroad and often helps people who are accused of terrorism and extremism. NTV has video recordings confirming that the so-called human rights activists openly support members of radical groups”.

The report is overtly manipulative.  Oleg Orlov, head of Memorial, is reported to have promised to cause problems for police officers who refused to allow him into the zone of a counter-terrorist operation. “It’s not difficult to guess what kind of help the terrorists needed from the human rights activist. However the attempts by Orlov and Lokshina** to exert influence on the enforcement officers were not successful. The bandits were “eliminated”.

NTV goes on to claim that Memorial employees have previously “shown excessive concern for terrorists”.  It mentions a tape made by Memorial where Ramil Yarmagomedov gives a graphic account of how the enforcement officers tried to abduct and then kill him.  NTV asserts that this same man fled, and later turned up “at a base of an international terrorist organization” in Syria, and is now one of the fighters of the Islamic State.

There is no independent proof of this, and even if there were, it would not have any bearing on Memorial’s report of an alleged abduction attempt in May 2012.

This is not the first time that NTV has been used to manipulate public opinion and act as prosecutor and court. In July 2014 two Russian left-wing activists Sergei Udaltsov and Leonid Razvozzhaevwere convicted of “organizing mass riots” on Bolotnaya Square in May 2012. Razvozzhaev was abducted from the centre of Kyiv while applying for asylum shortly after a scandalous anti-opposition film on  NTV which formed the basis for the criminal charges against both men.

With respect to Memorial, NTV’s claim that there is information “about other extremists” on the organization’s website is a conscious distortion of the facts.

Over recent years Memorial, via the Memorial Human Rights Centre, has played a vital role in highlighting grave rights violations in the Caucuses.  Its people have come under attack and on July 15, 2009 Natalya Estemirova was abducted from Grozny and murdered.

The perpetrators of those crimes targeted rights defenders who told the truth about what was going on and tried to help victims of abuse.  The reports issued by Memorial and other NGOs have been repeatedly confirmed by international organizations and by the European Court of Human Rights.

On Oct 9, 2014 in the case of Saltygov and others v. Russia*** the Court in Strasbourg found the Russian government guilty of multiple violations of the European Convention in connection with the disappearances of 17 men and 1 woman after allegedly being arrested in Chechnya by Russian servicemen. In all cases, for example, Russia was found to have violated the right to life (Article 2) both through the disappearances and through the failure to properly investigate.

The Memorial Human Rights Centre was among the organizations who provided the victims’ families with legal assistance.  Or, in NTV’s likely rendition, abetted ‘extremists’ – acting in cahoots, of course, with the European Court of Human Rights.

Russia has been using charges of ‘extremism’ against those who dare to express ‘dissident’ views for a number of years now.  It has recently been using the same tactics against the Crimean Tatars in occupied Crimea. The NTV programme suggests that the Kremlin may have decided to use the real danger posed by the Islamic State, etc. to try to remove an organization which has rightly highlighted its abuses by fabricating accusations of ‘extremism’ and ‘terrorism’.

***  The case of Saltygov and others v. Russia