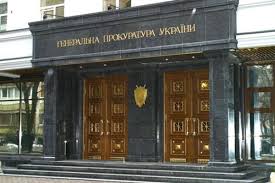 Ukraine’s parliament on Tuesday finally adopted Law №3541 which makes real reform of the Public Prosecutor’s Office possible. Considering that the reform was a condition of Ukraine’s joining the Council of Europe back in 1995, Ukraine’s legislators cannot be praised for fast work, but at least they got there.

On Oct 10 Christos Giakoumopoulos, the Special Advisor of the Secretary General (SASG) for Ukraine issued a statement stressing the importance of adopting a new law on the Public Prosecutor and the need for the law to comply with Council of Europe standards, in particular the recommendations of the Joint Opinion of the Venice Commission and the Directorate of Human Rights of the Council of Europe on the Draft Law of Ukraine on the Office of the Public Prosecutor.

Boris Malyshev, one of the civic experts who have been campaigning for this law, has highlighted five achievements of the new law which will come into force in 6 months.

He says that after the first reading, the parliamentary committee took into account over 300 amendments, some of which were negative.  He notes that a number of radical, however publicly beneficial amendments were rejected.

This being said, the law remains progressive, its main achievement being the decentralization of staffing and disciplinary powers between three institutions which are independent of each other: the Prosecutor General; the Council of Prosecutors; and the Qualification and Disciplinary Commission of Prosecutors.

The law removes the role of general oversight;

The third achievement is the right of any prosecutor to demand that instructions from higher level are given in written form.  They are not obliged to comply with verbal instructions.

The fourth – selection of staff and review of complaints about prosecutors and imposition of penalties will be undertaken by the Qualification and Disciplinary Commission, most of whose members are not prosecutors. In its turn the Council of Prosecutors gives consent for the appointment of a first deputy and other deputy Prosecutor General; the heads of regional and local prosecutor’s offices and their first deputies.

Fifth new staff for the prosecutor’s office will have to compete for the job, with the use of anonymous testing and a rating system.