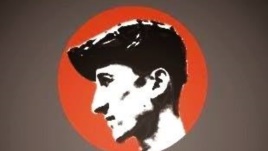 The lawyer defending Oleksandr Kolchenko, one of four Crimean opponents of Russian occupation in detention in Russia on dubious ‘terrorist’ charges, has applied to a Simferopol court to have Kolchenko’s Ukrainian citizenship recognized.

As reported, Russia is claiming that all four men should be considered Russian nationals.  In the case of film director Oleg Sentsov, the prosecution asserts that he ‘automatically’ became a Russian national because he did not formally and in person indicate his wish to retain Ukrainian citizenship (being in detention at the time).

Kolchenko’s lawyer Svetlana Sidorkina issued the application on Oct 13.  Radio  Svoboda cites an NGO in Moscow helping anarchists in detention as reporting that back on July 29 Kolchenko sent an official application to the relevant department asking for the deadline for applying to retain Ukrainian citizenship to be extended.  He received no answer.

In the meantime the FSB investigators are insisting on treating Kolchenko as a Russian national, and denying him the right to see the Ukrainian consul and other rights which foreign nationals enjoy.

Sidorkina has pointed out in her application to the court that Kolchenko missed the initial deadline because he was unaware of Russian legislation and the formal agreement reached on March 18 making the Crimea part of the Russian Federation.

As reported here, the authorities imposed a very short time limit during which Ukrainians wishing to retain their Ukrainian citizenship needed to appear in person at a restricted number of passport offices. Many people were simply unaware of the deadline, or of its significance  (see:  Russian, or else: On how Russia is foisting its citizenship in Crimea)

Ukraine recognizes all four men as Ukrainian nationals and Sidorkina points out that the Ukrainian embassy in Russia has confirmed this. She also quotes article 21 of the Russian Law on citizenship which states clearly that people living on territory which has changed its state affiliation have the right to choose which citizenship to hold in full compliance with Russia’s international agreements.   The court has 5 days to consider the suit.

Oleksandr Kolchenko is a left-wing (anti-fascist) civic activist who is facing charges of involvement in a ‘terrorist plot’ lacking any terrorist acts despite the fact that all men were arrested after the alleged attacks were supposed to be carried out.  Both he and Oleg Sentsov deny all charges and have complained of torture and ill-treatment while in Simferopol.  The other two men – Gennady Afanasyev and Oleksy Chirny - have ‘confessed’.  It seems clear that the only ‘evidence’ of the supposed terrorist plot is from confessions almost certainly made under duress.

The FSB investigators have claimed that this was a Right Sector plot.  This was to be expected given the constant demonization in Russia of the ultra-nationalist and far-right Right Sector.  There is, however, no evidence of any of the four having been involved with Right Sector.  In Kolchenko’s case the charges are especially absurd given his strong left-wing views  (See: Russia’s FSB launches first Crimean show trial)

The only factor uniting all four men is their opposition to Russia’s annexation of their native Crimea.

There is a very poignant film on YouTube specifically about Oleksandr Kolchenko, made by friends and fellow activists.  A disturbing indicator of the changes in the Crimea under Russian occupation is that only Oleksandr’s mother speaks openly to the camera with other activists and friends preferring to be interviewed with their face obscured.

Kolchenko and Sentsov are very widely believed to be political prisoners.  Both have recently had their term of detention extended to the middle of January 2015.